An increasing amount of governors across America are facing legal action over their Executive Orders that issue lockdowns.
Vast quantities of Americans have serious concerns about government overreach and civil liberty infringements. Furthermore, people understand that the cure to COVID-19 cannot be worse than the problem.

Fresh developments from Fox News confirm that Wisconsin Gov. Tony Evers is one of the lastest to face legal action. The state’s majority conservative legislature is claiming in their suit that Evers’ EO supersedes its legal bounds.
The lawsuit against the Wisconsin governor also comes as protests against stay home orders surge across the nation.

Detailing the Lawsuit Against Gov. Evers

At this time, the Republican legislature is requesting that the state Supreme Court halt any implementation measures of Gov. Evers’ recently-extended mandate for Wisconsinites to stay home. As of now, Evers expects Wisconsinites to remain on lockdown until May 26.

The #Wisconsin Legislature takes @GovEvers to court. He denied the people a voice through unprecedented administrative overreach. Unfortunately, that leaves the legislature no choice but to ask the Supreme Court to rein in this obvious abuse of power. https://t.co/dQoFjoJYmQ

In a joint statement, Senate Majority Leader Scott Fitzgerald and Speaker Robin Vos noted the public and rising dissent against Evers’ mandate. Both Fitzgerald and Vos also pointed out that cases of coronavirus are either declining or remaining flat in Wisconsin; remember, when stay home orders first started, the government branded them as measures to “flatten the curve.”

The governor claims to be following CDC guidelines but instead is expanding on them, creating roadblocks to reopening the state. Full statement -> https://t.co/7XklHVJ4Vs https://t.co/BGzp9V8Q4A

The suit against Gov. Evers goes on to detail the lack of voice that Wisconsin residents have, coupled with the realities of neighboring states beginning to ease restrictions.

The governor's plan to reopen #Wisconsin ignores the resounding outcry from the people of the state. We continue to call for a retreat from his one-size-fits-all approach & allow the state to safely open up regionally so people can get back to work.https://t.co/7XklHW0Gk2

In additional parts of their statement, the Senate Majority Leader and Speaker of Wisconsin slammed Evers’ “abuse of power.” Then, both officials remarked the importance of “certainty” and  “transparency,” along with a detailed strategy to halt “the constant stream of executive orders.”

The Moral of the Story

If governors continue overstepping their bounds, they should expect more protests and lawsuits. At this time, Wisconsin residents are set to protest at the State Capitol Building on this Friday at 1 PM CDT. The Wisconsin Freedom Rally will urge an end to Gov. Evers’ orders and remind people that rights and liberties don’t end where a virus begins. 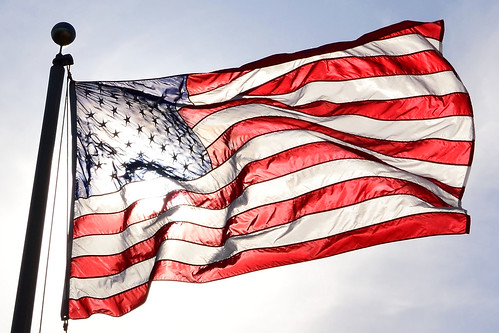 Gov. Evers is not the first governor to be sued and he certainly won’t be the last. Michigan Gov. Gretchen Whitmer is facing lawsuits of her own due to her authoritarian Stay Home, Stay Safe order; meanwhile, Connecticut Gov. Ned Lamont is being sued for dictating his state’s residents to wear face masks in public.
What do you think of the legal action being taken against Gov. Tony Evers? Will you join Wisconsinites at the Wisconsin Freedom Rally this Friday? Let us know in the comments section below!