Since Trump’s entry into politics, he has repeatedly conveyed respect and gratitude towards veterans and those who serve.
During the 2016 presidential election, then-candidate Trump raised substantial funding for veterans; since the president’s time in office, he has also taken immense steps towards improving the quality of care for veterans in America. 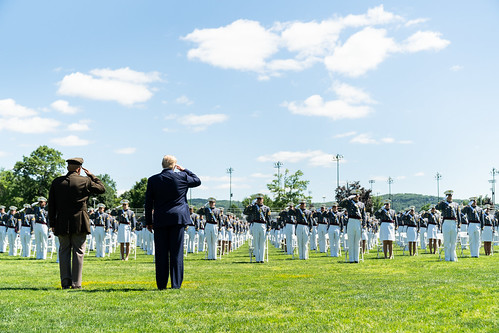 Now, Trump’s latest initiative regards improving our veterans’ mental health. Sadly, at least 20 veterans per day commit suicide in the United States; this speaks to the imperative need for immense reform. Thankfully, Trump is all over it.
New updates from Breitbart News inform that the president is authorizing Second Lady Karen Pence to oversee a task force design to prevent the suicide of veterans in the United States.

The Second Lady presently retains the duty as lead ambassador of the task force known as the President’s Roadmap to Empower Veterans and End the National Tragedy of Suicide (PREVENTS).
As lead ambassador, Pence will focus on ending the stigma of mental health and the stigma of coming forward for assistance with mental health. In addition to suicide, many veterans also struggle with issues such as anxiety, depression, and more.

The @DeptVetAffairs launched the #PREVENTS Roadmap, a holistic public health approach to suicide prevention. Preventing suicide among #Veterans and our nation is the highest priority. Visit the #VA PREVENTS website to learn how you can support Veterans. https://t.co/M5uHt2PGyA

So often, when these issues go untreated, they can lead to suicide; this is a situation which the PREVENTS task force aims to change.
Yesterday, the president announced that his White House administration is committed to bettering life for veterans in the United States. News about the PREVENTS task force and moves to end veteran suicide has sadly received significantly low-to-zero coverage from the mainstream media.

What do you think about the PREVENTS task force? Are you pleased with the Trump administration’s actions to better life for veterans here in America? Sound off with your thoughts in our comments section below.