The leftist, mainstream media’s hasty, rushed crusade to proclaim Joe Biden as the winner of the 2020 election is very much alive; while the Democrats continue this push, however, they cannot block Republicans from getting down to the truth and eliminating lies.
Right now, reports of irregularities, illegal votes, tabulation problems, clerical errors, and more are at an all-time high. Let’s also not forget that multiple states are still counting and now recounting their votes. To profess Biden as the winner of this race is premature, rash, and irresponsible. 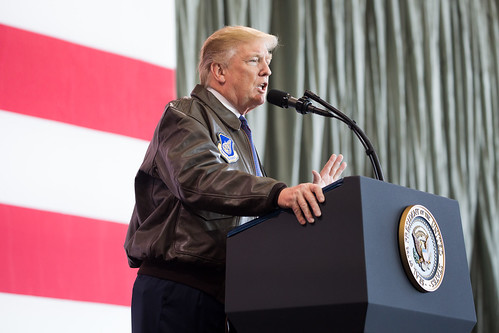 As the Trump campaign and other Republicans investigate the aforementioned issues associated with this election, more information is coming to the surface. According to Breitbart News, a tabulation software glitch caused Biden to be declared as the winner of Michigan’s Antrim County.
Since fixing this error, it turns out that Trump, not Biden, won this county.

A Closer Look at Tabulation Software Errors in Michigan

A Michigan-based county clerk discovered that a miscalculation of votes happened due to a glitch in used tabulation software.
Upon this discovery and fixing the glitch, 6,000 votes which initially went in favor of Biden and Democrat candidates were corrected to Trump and Republican candidates. Therefore, the corrections determined that the incumbent president (not his Democrat challenger) won Antrim County in Michigan.

This election is not over. This is going to take time to investigate, to sort out, to recount. Our votes deserve the respect of being verified so that every American knows the result is fair. If you don’t verify every vote & voter, the country will be stuck in a very dark place.

This is a huge deal. The tabulation software glitch impacted not only the presidential race, but also smaller races in Michigan; furthermore, the software in question was used in a total of 47 other counties across the state.
These areas will, of course, have to be reviewed; only a review will determine whether or not present results are accurate and in alignment with the true decisions of voters.

A Long Road Ahead

Americans have a ways to go before learning who the winner of the 2020 presidential election is. However, the tabulation errors and other issues regarding election honesty and integrity place other races into question as well.
Another computer error led to Oakland County Democrat Melanie Hartman being declared the winner of a GOP stronghold district. However, 24 hours later and after the correction of this computer error, it turned out that Oakland County Republican Adam Kochenderfer actually won the race.

A winner will not be chosen today or tomorrow, there will be weeks of court battles, recounts and work to confirm the legitimacy of our election. It’s the best thing for the country no matter what the result is. Every LEGAL vote must be counted and any potential fraud rooted out.

Widespread tabulation errors and clerical glitches seriously call into question the assertion that Joe Biden won Michigan and its electoral votes; so does the illegal prohibition of Republican ballot watchers in certain Michigan areas.
Errors must be fixed and the integrity of the 2020 race must be upheld. If tabulation, clerical, and computer glitches are just now coming to light, what else has yet to be revealed?
What do you think about the software and tabulation errors that seem to conveniently fall in the favor of Democrats? Do you believe Biden’s “win” of Michigan’s electoral votes is legitimate? Let us know your views in the comments section below!