Trump to Campaign in Florida This Monday

Following last Friday’s news of President Trump getting multiple positive tests for coronavirus, he took a step back. The president spent roughly two and a half days in Walter Reed Hospital before returning to the White House.
While the president fought off and recovered from coronavirus, Vice President Mike Pence took a more upfront role in the Trump re-election campaign. After participating in the Utah-based vice-presidential debate, Pence campaigned in Nevada and Arizona on Thursday and Friday. 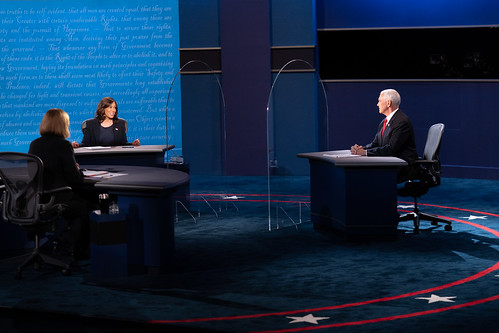 On Monday, October 12, President Trump will travel to Sanford, Florida to host a rally with supporters. The president’s return to the Sunshine State comes after a recent Florida poll showing him leading Biden by several points.
Biden has previously attempted to win over the support of Floridians; however, the state’s Republican Gov. Ron DeSantis quickly warned Biden that his radical left policies would never be embraced by Florida.

I was honored to receive the first ever Presidential Endorsement from the Florida Police Chiefs Association. Thank you, I will NEVER let you down! @FloridaChiefs #LESM pic.twitter.com/R2RauC59a5

During Trump’s rally in Sanford, Americans can expect for him to talk about a series of matters; the Supreme Court, election integrity, COVID-19, and the economy are likely to be at the top of the list.
On Friday, the Commission on Presidential Debates cancelled the second presidential debate set for the 15th; this, too, may come up during next week’s rally in Florida.

Talks with the Media

Despite not being physically on the campaign trails while recovering from coronavirus, the president has not disappeared entirely.
Trump participated in several interviews and appeared on radio talk shows this week. During these sitdowns, the president discusses important matters like the election, healthcare, the Supreme Court, the deceit of the Biden campaign, Vice President Pence’s debate performance, and more.

Next week’s return to the campaign trails will mark a return to normal of sorts. With fewer than four weeks until November 3, the Trump campaign is determined to make every day count and ultimately ensure that President Trump wins another four years in the Oval Office.
Are you glad that President Trump is getting back on the campaign trails this Monday? Will you watch or attend his rally in Sanford, Florida? We want to get your thoughts down below in the comments section.