In 2020, political violence has reached shocking levels. To date, there are several Americans who have lost their lives due to the litany of destructive riots happening in cities controlled by Democrats across the nation. 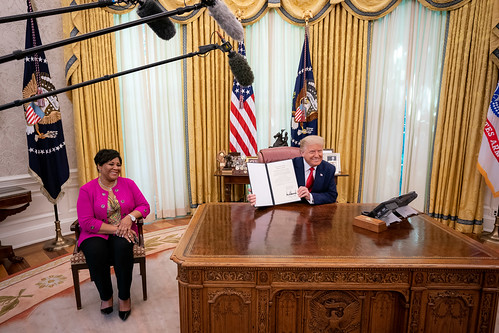 Certain demonstrations have caused counterprotesters to arrive on the scene as well. This happened in Kenosha, Wisconsin last month and led to a 17-year-old from Illinois facing homicide charges; Kyle Rittenhouse, 17, shot three rioters in August, killing at least two of them. Different Americans have various outlooks on whether or not Rittenhouse’s actions were justified.
In the wake of all this, many Americans are eager to hear from President Trump. On Monday, the president clearly stated that his supporters should not go out and confront leftist mobs, reports Townhall.

Yesterday, President Trump spoke with Fox News’ Laura Ingraham for an interview. Throughout this conversation, the president talked about the existence of political violence and leftist mobs in the nation.

Keep it up @TheJusticeDept. We've got a long way to go with these so-called "peaceful protesters" https://t.co/DH3VPyYWhn

When asked by Ingraham whether or not he wants his supporters to confront leftist demonstrators, the president confirmed that he does not. Trump, conversely, stated that dealing with violence from leftist mobs should be left up to law enforcement.
Remarks from the president arrive as political violence begins to play an increasingly major role in this year’s presidential election. Biden has already begun pushing the narrative that more violence will happen if President Trump is re-elected this November.

More on the Trump Campaign

As the president urges his supporters to refrain from confronting the left-wing mobs, Trump’s campaign is ensuring that Democrats don’t try to cheat their way through the 2020 presidential election.
Yesterday, the president’s campaign sent a letter to The Commission on Presidential Debates. In this letter, the commission is asked for Biden’s “written pledge” that he will show up to debate Trump three times, as promised.

Pelosi urged Biden to cancel debates so we need written pledge that he will show up.

We can’t believe we have to say this, but voters deserve a debate before millions of votes are cast. pic.twitter.com/8LFAbRcftz

Towards the end of last month, House Speaker Nancy Pelosi went on record, stating that there shouldn’t be any Trump-Biden debates. Pelosi is far from the first Democrat to adopt this position, also; many Americans are moreover speculating that the interest in keeping Biden off the debate stage is to conceal the extent of his cognitive decline from the nation’s voters.
Do you agree with President Trump stating that his supporters should not attempt to confront rioters? When do you believe political violence will end? Let us know down below in the comments section.