In the eyes of many Americans, the 2020 presidential race has turned into an utter sham.
The media has taken it upon themselves to declare multiple states for Biden, even as those states undergo recanvasses, audits, recounts, and even the continuation of original vote counts. 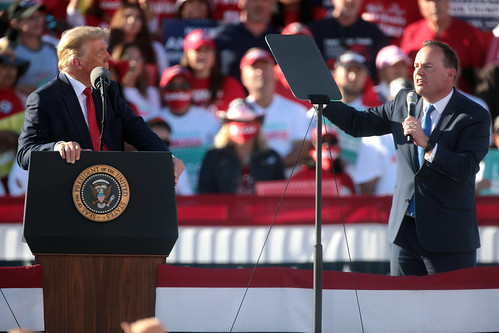 Additional suspicious factors include Democrats’ work to stop GOP polls watchers from seeing votes counted, Dominion Voting Systems errors that hand Biden votes meant for President Trump, and so much more.
A recent study showed that seven out of ten Republicans do not believe the 2020 presidential election was free or fair; now, Breitbart News confirms that Trump supporters from across the nation will gather in Washington D.C. today in protest against clear election fraud.

What to Know About the MAGA Million March

Here we go! @PARISDENNARD is one of @realDonaldTrump’s biggest supporters & he’s joining us @ the #MarchForTrump

MAGA Million March is all about Trump supporters making their voices heard and showing their backing of the president. Right now, the president, his campaign, and attorneys remain ensnared in multiple legal battles. Meanwhile, whistleblowers are coming forward, signing affidavits confirming various instances of voter fraud, such as backdated ballots.
The anti-Trump mainstream media is already putting a negative spin on today’s MAGA Million March. On Facebook, The Hill stated that the event would have “far-right” groups present before insinuating that violence could happen. There is also speculation about whether or not Trump supporters will clash with left-wing counterprotesters.

A Surprise Visit from President Trump?

Today’s MAGA Million March has already caught the attention of President Trump. Yesterday, the 45th president described ongoing shows of support for him as “heartwarming” before stating that he may drop in to say hello.

Heartwarming to see all of the tremendous support out there, especially the organic Rallies that are springing up all over the Country, including a big one on Saturday in D.C. I may even try to stop by and say hello. This Election was Rigged, from Dominion all the way up & down!

The incumbent president continues to maintain that the 2020 presidential election suffered from severe rigging. As such, litigation remains pending and ongoing; multiple conservative personalities and others are also suggesting that the Supreme Court may get the final say on this race.
Thus far, however, the Trump team’s legal action is present at the state levels.
What do you think about the MAGA Million March? Are you surprised that the event caught the attention of President Trump? Be sure to let us know down below in the comments section.