President Trump is getting back out on the campaign trail as our nation reopens. Despite Democrats’ attempts to fearmonger and block the president from directly speaking with his loyal supporters, his message is resonating.
This past weekend, Trump gathered with supporters in Tulsa, Oklahoma. Notwithstanding left-wing attempts to stop the rally from happening and later drive down attendance, the Tulsa rally was a smashing success. 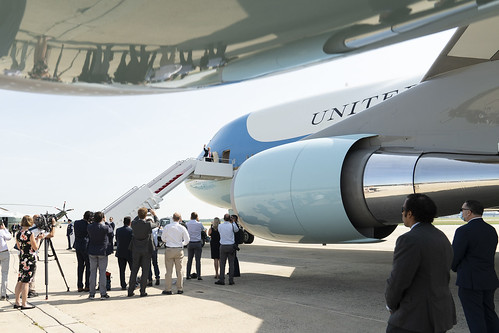 Yesterday, the president continued his in-person campaigning by gathering with young supporters at a church in Pheonix, Arizona. Like the president’s Tulsa rally, Breitbart News reports that Trump’s time in Arizona was yet another resounding victory.

What to Know About Trump’s Time in Arizona

When the president spoke to Arizonians on Tuesday, he covered a series of pressing matters that our nation currently faces. One of those matters pertains to left-wing domestic terrorists who are tearing down our country’s statues and monuments.
Trump rightfully censured this criminal behavior, stating that perpetrators must be held accountable. The president also praised law enforcement officials, noting the importance of their contributions to the safety and freedoms of society.

Finally, President Trump also issued a warning to the radical communists and socialists that are determined to rip this nation apart. Trump stated that federal prosecution will befall individuals who decide to deface federal monuments and properties. A ten-year sentence was listed as one of the possible consequences.
In the coming weeks, the president will be engaging in additional gatherings with supporters. Meanwhile, Democrat nominee Joe Biden remains hidden in his basement with a close script to follow.

And it drives the Media MAD. pic.twitter.com/31qW15oB2s

What do you think about President Trump’s time with Arizona supporters? Are you glad to see him getting back on the campaign trail and hosting in-person events? Let us know what you think in the comments section below.