Concerns about the economy continue to mount as shelter-in-place and stay-at-home mandates persist. Americans across the country are being more and more vocal about their opposition towards it; just yesterday, residents of Ohio took to the streets, demanding their governor to lift the stay-at-home order. 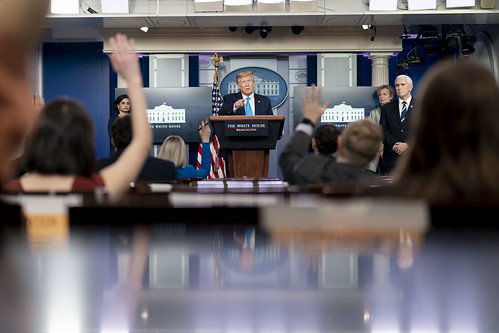 Yesterday, President Trump promised the United States that a “big bounce” of the economy will emerge after COVID-19, according to Fox News. Trump’s remarks came during the White House’s daily coronavirus press briefings. Members of the coronavirus task force also joined the president in his remarks to the nation.

What to Know About the Projected “Big Bounce”

Over the past three weeks, a shocking total of 16.8 million people in this nation have lost their jobs. Orders mandating Americans to close their businesses, stay home, and not go to work unless deemed by the government as “essential” bears the brunt of the blame.
During Trump’s press conference, he discussed the possibilities of sending aid to oil industries and airlines. Like members of the COVID-19 task force, the president also pointed out that numbers linked to coronavirus are looking more promising than before.

As we look at the data on a county by county basis, we continue to see evidence of stabilization because Americans everywhere are putting into practice the guidelines. It’s working, America. pic.twitter.com/47Rxd72VXo

Over the course of this week, members of the Trump administration have stated that the economy might begin to reopen in May. However, GOP figures, such as House Minority Leader Kevin McCarthy maintain that the country will most likely open up “in pockets.”

The Need for an Economic “Big Bounce”

Due to the fragile state of our nation, an economic “big bounce” would be in everyone’s best interests. Work, productivity, and economic stimulation go hand-in-hand with a successful country. 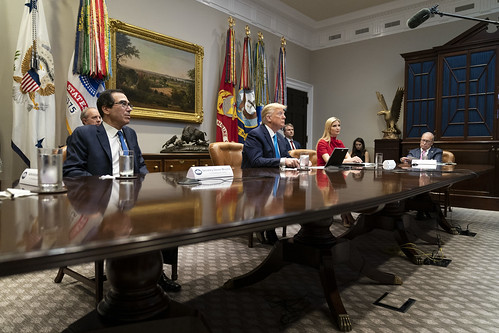 Despite what some Democrats may believe, pretending like the economy isn’t a factor can’t happen. Economic health impacts public health and having nearly 20 million people out of jobs is bad news. Thankfully, our nation has a president and administration that understands the value of economic prosperity.
Do you think the economy will quickly bounce back from COVID-19? How shocking is it that nearly 20 million people have lost their jobs over the span of three weeks? Let us know your thoughts in the comments section below!