For much of this week, the GOP National Convention dominated news cycles, headlines, and conversations across the country. Republicans focused on America as the land of promise, heroes, opportunity, and greatness.
With both the Republican National Convention and Democratic National Convention officially over, the battle between Trump and Biden wages on. This week, the former vice president chose to give a CNN interview from his basement on Thursday, while having running mate Kamala Harris go out and deliver a rebuttal speech to President’s Trump’s acceptance remarks. 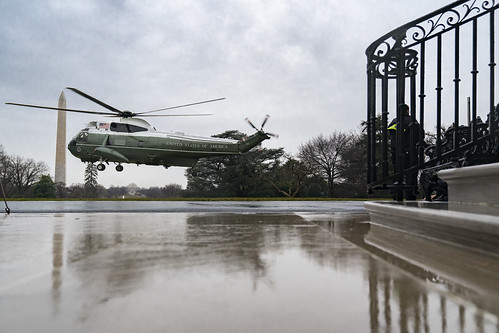 Trump, on the other hand, has been very active this week. The president spoke during all four nights of the GOP National Convention; then, on Friday, he traveled to New Hampshire in order to campaign with supporters, as confirmed by Breitbart News.

During the president’s time in Manchester, New Hampshire, he covered a variety of relevant points regarding the 2020 presidential election.
Trump kicked things off by vowing that “radical-left socialists” will not succeed in their attempts to take over the country.

The president then talked about some of the policies and actions he plans to implement during his second term in the White House; these reforms include, but are definitely not limited to, the following: a prohibition of sanctuary cities, more funding for police officers, and keeping taxes low.
Before the rally came to an end, Trump also held Joe Biden’s feet to the fire. The president explained that Biden doesn’t have the mental awareness to serve as commander-in-chief; Trump also warned New Hampshire residents that under a Biden presidency, taxes and crime would surge while China would essentially “own” the United States.

While the president spent time getting out and about in Manchester yesterday, Joe Biden was nowhere to be seen. As far as America knows, the former vice president might be back in his basement; however, he did tweet out some misleading and untrue posts about the president.

Biden accused Trump of riling up white supremacists and stoking violence. In doing so, the former vice president also asked the nation’s citizens to question whether or not they feel secure in “Trump’s America.”
Social media users, of course, responded to Biden; although, not all responses arrived in his favor.
What did you think about President Trump’s New Hampshire rally yesterday? Share your takeaways with us in the comments section below!