Monday marked the first night of the Democratic National Convention.
During the convention, various Democrats spoke about the need to “unite” and elect Joe Biden as president this November. Leftist speakers also didn’t hesitate to rip into President Trump and make a series of unfounded, inaccurate accusations. 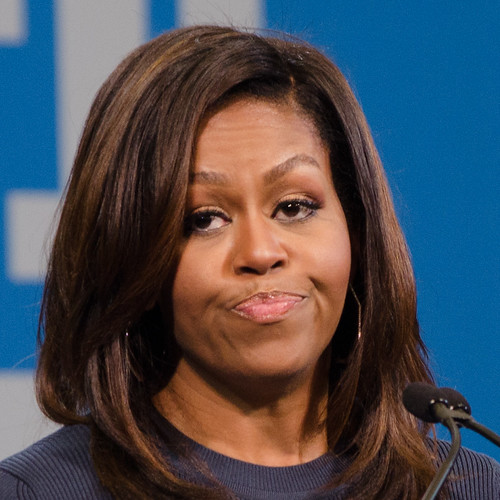 However, remarks from former first lady Michelle Obama are garnering attention and rapidly making headlines. Obama went after Trump, stating that he doesn’t have what it takes to be the president America needs. The former first lady also accused the Trump administration of chaos, failed leadership, and a lack of empathy.
Suffice it to say, the president’s re-election team isn’t taking this lying down. Since last night, the Trump 2020 campaign has fired back at the former first lady, according to Fox News.

Pushback from the Trump 2020 Campaign

Earlier this morning, officials from the president’s re-election campaign didn’t hesitate to push back.
During a Fox & Friends interview, Trump 2020 senior adviser Katrina Pierson professed that Michelle Obama is in no position to give speeches about “morality” and “patriotism.”
Pierson furthermore stated that the former first lady’s remarks merely highlighted her own “personal” issues with President Trump, rather than the true reality of America.

What happened to Joe Biden? pic.twitter.com/jlmqp6En2V

Obama also took criticism for failing to truly address policies that she believes the Trump administration has missed the mark on. Overall, the Trump 2020 senior adviser maintains that the former first lady and other DNC speakers failed big time on Monday night.

Response from President Trump Himself

Just as the president’s campaign weighed in on the attacks from Michelle Obama last night, Trump himself also followed suit.
This morning, the commander-in-chief took to Twitter with a rebuttal of his own. The president stated that Barack Obama’s time in office ultimately led to 2016’s election outcome. Furthermore, Trump dismissed Biden as “merely an afterthought” and stated that this is why the 44th president took so long to publically endorse Biden’s candidacy.

….My Administration and I built the greatest economy in history, of any country, turned it off, saved millions of lives, and now am building an even greater economy than it was before. Jobs are flowing, NASDAQ is already at a record high, the rest to follow. Sit back & watch!

After Trump noted the return of jobs, a great economy, etc., he encouraged the former first lady to “sit back” and to “watch” the nation progress under his leadership.
In another tweet, shortly thereafter, the president also slammed the Obama-Biden administration for spying on his campaign during the 2016 presidential election.
What did you think of the attacks against President Trump from Michelle Obama? Do you agree with the response from the president and his re-election campaign? Be sure to let us know in the comments section below!