As of today, there are precisely two weeks left until November 3.
While Joe Biden has called a lid on public appearances until Thursday (when he’s set to debate President Trump in Tennessee), the Trump campaign is on the road all week. 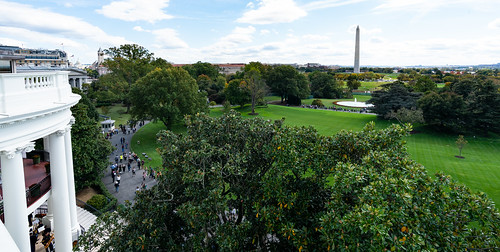 President Trump, Vice President Mike Pence, Eric Trump, Lara Trump, Ivanka Trump, and Donald Trump Jr. are each on the road this week to campaign for four more years.
Along with the plethora of Americans supporting the president, the Trump 2020 campaign also remains confident that this year’s election will result in a win for the incumbent president, reports Breitbart News.

Preparation to Win the 2020 Presidential Election

Just yesterday, President Trump held two campaign rallies in Arizona. During these rallies, the president’s remarks centered around the policies which America needs to move forward.
From school choice, to law and order, and more, Trump didn’t hold anything back. Likewise, the president also talked about the unfavorable circumstances to follow if Joe Biden wins the election. A ban on fracking, surge in taxes, and return to a shuttered economy are only the tip of the iceberg.

The Trump 2020 campaign is also doing its due diligence in holding Biden’s feet to the fire for lies and corruption. This goes beyond Biden’s own son, Hunter Biden, but also ensnares the Biden campaign itself.
Work ethic is one prime example, as Eric Trump pointed out on Twitter yesterday. Biden has professed that, as president, he’d work for Americans each and every day; yet, in the former vice president’s campaign, he continues to call lids before 11:00 AM and spend multiple days in absence from the campaign trails.

The Truth about the Polls

Despite what the media may like Americans to believe, polls surveying the 2020 presidential election vary.
For instance, over-surveying abundantly more Democrats than Independents and Republicans is a commonly-used tactic when left-wing groups want to push the narrative that Biden is in the lead.
By contrast, additional polls, mainly conducted by Trafalgar Group, show that Trump is leading Biden in states like Michigan, Florida, Arizona, etc.

Members of the first family have used turnout differences in Trump and Biden events to question the narrative that Biden is winning the election.
Thousands of individuals regularly show up to attend the president’s rallies; meanwhile, shots of Biden’s events show a few individuals sitting in circles; never has the former vice president generated the high levels of turnout achieved by the president.
Do you believe President Trump will win the 2020 presidential election? Let us know in the comments section below!