The night of November 3 was eventful for Americans across the nation.
As polls closed across the nation, votes and projections rapidly poured in. Trump won states like Ohio, Texas, and Florida, and others while Biden secured California, Oregon, etc. 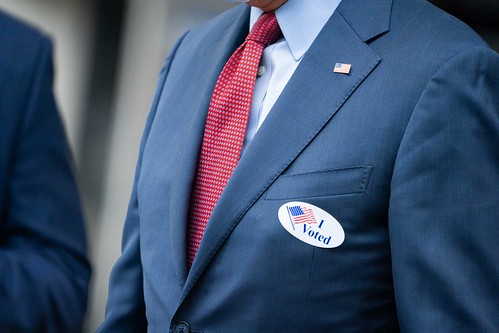 A clear winner has yet to be declared; this is something that is causing tension and frustration for many folks across the country. Some believe that President Trump has already won and that certain people are attempting to delay calling a win for the incumbent president.
In the wee hours of this morning, President Trump addressed the American people. Like some of his supporters, the president remained optimistic that it’s only a matter of time before he’s declared the winner, reports Washington Examiner.

What to Know About Trump’s Address to the Country

Trump described the delay of the 2020 presidential election results as “an embarrassment” and “fraud” to the nation. The president also affirmed that he is “getting ready to” win the 2020 election and, for all intents and purposes “has” already won.
Right now, the leanings of undeclared states appear to back Trump’s assertions. Right now, Trump currently leads in Michigan, Pennsylvania, North Carolina, and Georgia. Biden, on the other hand, appears to be up in Nevada and Wisconsin.

The president also made clear that he wouldn’t stand for cheating or fraud in the 2020 presidential election. After affirming his willingness to go to the Supreme Court if necessary, Trump thanked all of his supporters for turning out and voting.

Remarks from the Biden Camp

As vote counts remained underway in the 2020 presidential election, Joe Biden also addressed his supporters. The former vice president stated his confidence in winning this year’s election, citing a clear path to victory.
Biden also took to social media, urging his supporters to “keep the faith.” The former vice president then seemed to zing the incumbent president for declaring that he has all but won a second term in the White House.

We are up BIG, but they are trying to STEAL the Election. We will never let them do it. Votes cannot be cast after the Polls are closed!

Americans on both sides of the aisle remain eager to see the final results. With votes still coming in and being counted, only time will tell which remaining states are called for Trump or Biden.
What do you think about the states that are still counting ballots? Do you believe the Supreme Court will have to take up the issue of determining the 2020 presidential election’s results? Let us know in the comments section below!