Since the start of the mask debate, Democrats have firmly put themselves on the side of mandatory face coverings. The left argues that each American has a duty to “mask up” for the greater good; meanwhile, as health complications like “mask mouth” and acne flareups arise due to regular masking, Democrats are silent. 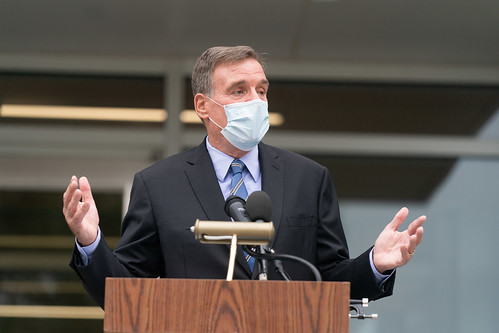 In the neverending crusade to force each American into a face mask, Democrats are calling for it at a legislative level. Leftist governors have implemented statewide mask mandates while leftist mayors enact citywide mask requirements. Meanwhile, Democrats in other levels of government urge for policies like a nationwide mask mandate and even mask requirements in airports.
California Sen. Dianne Feinstein (D) is on record calling for Americans to be mandated to wear face masks in airports across the nation. However, recent footage of the California Democrat shows her in an airport…without a mask, thus flouting her own recommendation for other Americans, confirms Washington Examiner.

The Reality About Feinstein, Democrats, and the Forced Masking of Americans

Earlier this year, the Democrat senator explained that she wrote letters to the Federal Transit Administration and Federal Aviation Administration in the quest to force travelers into wearing face coverings.
In light of Feinstein’s very strong outlook on masks, Americans might naturally assume that she would don her own face covering while traveling. However, this is not the case; as seen in images revealed by Fox News host Tucker Carlson, the Democrat senator recently traveled without a face mask in a Dulles airport private terminal.

Tucker Carlson reveals a picture of Senator Dianne Feinstein @SenFeinstein in Dulles Airport without at a mask after she wrote a letter to the FAA calling for a mandatory mask policy on airlines back in June pic.twitter.com/JUUHGeKiW2

The Fox News host held Feinstein to task for “smiling without a mask on,” notably since she doesn’t believe other Americans should have the same choice on whether or not to wear a mask.

A Pattern for the Left

The irony of the Democrats is that while they are the most outspoken cheerleaders of mandatory masking, they repeatedly get caught in the hot seat by not following their own guidelines.
After incessant calls for masking and federal mask mandates, New York Governor Andrew Cuomo went out walking his dog without a mask on. Likewise, House Speaker Nancy Pelosi decided to receive hair blowout services at a closed-to-the-public California hair salon; during this period, video footage showed Pelosi walking through the salon without a mask.

Sen. Feinstein is far from the first — or last — person to demand compulsory masking for others while treating face coverings as voluntary for herself.
What do you think about the California senator flouting her own recommendations on face coverings? Don’t hold back your thoughts in the comments section below!