TikTok on the Chopping Block in America

The emergence of coronavirus has caused new tensions between the United States-China relationship.
Virtually all signs have indicated that the coronavirus originated from Wuhan, China; furthermore, it is believed that China knew about the virus, yet allowed it to spread across the world anyway. The Chinese government has, of course, pushed back on these claims, but many people are convinced anyway. 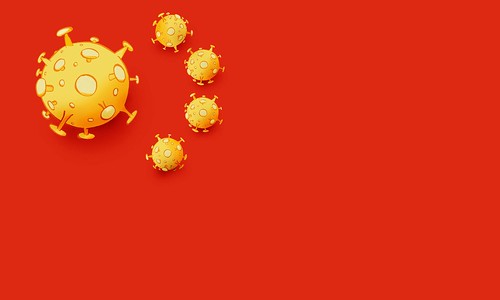 Now, TikTok, a popular social media app, is under scrutiny. According to Washington Examiner, President Trump is considered banning the China-owned app from the United States. News of this consideration follows similar remarks from Secretary of State Mike Pompeo on Monday.

Why TikTok Could be on Its Last Leg in America

During an interview yesterday, the president explained that he is “looking at” a ban on TikTok in America. Trump explained that China’s impact on the world with coronavirus has served as “disgraceful.” Without getting into further specifics, the president noted that TikTok is one of “numerous” things from China that are on the chopping block in America.
On Monday, Pompeo had a similar message about the presence of TikTok in the United States. The secretary of state professed that Americans should only download the app if they are comfortable with the Chinese government having access to their private information.

Secretary of State Mike Pompeo says Trump is “looking at” restricting TikTok and other Chinese social media apps in US due to national security concerns. 📱
pic.twitter.com/acLuk6AnJz

TikTok, for their part, has pushed back against claims from the president and secretary of state. Earlier this week, a spokesperson from the social media app stated that they have not shared “user data” with China. TikTok also claimed that if they faced requests to share said data with the Chinese government, they would decline.

News of TikTok’s potentially forthcoming demise in America arrives amid social backlash against the app.
Some people maintain that TikTok is a breeding ground for pedophiles and other nefarious individuals. Sexually inappropriate videos have made the rounds on TikTok, as have clips of animal abuse and worse. Many parents of young children are advised to monitor the social media behavior of their kids, especially those who use TikTok.

Other consumers have criticized the overall nature of TikTok. Many believe that lip-synching videos, exaggerated facial expressions, and wild moves to music have an element of cringeworthiness. Some have just dismissed TikTok as an altogether waste of time.
Do you believe the United States should ban TikTok? Let us know what you think about the app down below in the comments section.