Last week, politicians and members of the media expressed outrage over the tragic death of a seven-year-old girl who died shortly after illegally crossing the US border with her father.  The details of her passing are heart-wrenching.  Border hawks blamed her parent for putting her life at risk by bringing her on the dangerous journey, while critics of the president’s approach to immigration policy held up the incident as an example of the administration’s inhumanity and callousness.  Many in the press certainly had their preferred framing:

The 7-year-old was excited about a new life in the U.S. Maybe she would get her first toy or learn to read.
Instead, she died in Border Patrol custody. https://www.indystar.com/story/news/world/2018/12/16/border-patrol-death-girl-fled-impoverished-guatemala-village/2329713002/ …

The 7-year-old was excited about a new life in the U.S. Maybe she would get her first toy or learn to read. Instead, she died in Border Patrol custody.

This is getting tiring. The clear implication here is that DHS did something wrong, but there is ZERO evidence of that so far. This is a real tragedy, but the little girl hadn’t eaten or drank anything for several days before she was taken into CBP custody. 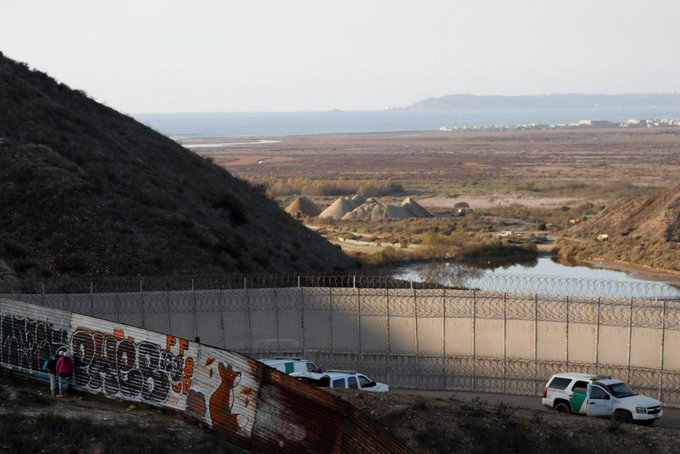 Twitter’s ‘AG Conservative’ (who is worth a follow) noted that in story after story, headline after headline, wrongdoing by US officials was at least implied.  In truth, the young girl had been severely deprived of sustenance for days prior to being taken into custody in a remote area, at which point American border patrol officers and support staff attempted to save her life.  After being manually revived twice, she was transported by air to a hospital, where she died.  Those verifiable facts did not stop a former press secretary for Bernie Sanders from spreading patently false information, which went viral — and was shared by newly-minted leftist icon Alexandria Ocasio-Cortez:

Here is my thread on the deplorable media attempts to baselessly blame CBP for this tragic death: https://twitter.com/ag_conservative/status/1073751614429769734 …

And Bernie Sanders’ former Press Secretary deleted the tweet after it was shared by tens of thousands of people. No correction posted. Here was the original tweet. pic.twitter.com/tUqLs5xBu1 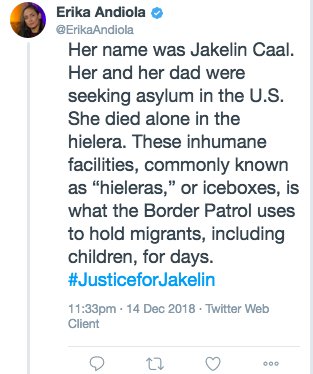 Senate Minority Leader Chuck Schumer also piled on, demanding the Trump administration — specifically Sec. Nielsen and the Department of Homeland Security — be “held accountable” for the death.  Why?  There is no evidence whatsoever that US officials did a single thing wrong, as has now been confirmed by the girl’s own father — sadly, the man most responsible for what happened:

Guatemalan Consul Tekandi Paniagua tells CNN’s @edlavaCNN he met extensively with the father of 7-year-old Jakelin Caal Maquin Friday night in El Paso. Paniagua says the father of Jakelin has “no complaints about how Border Patrol agents treated him and his daughter.” 1/

2/ The consul says the father told him that agents did everything they possibly could to help the girl on the bus.

3/ The father, per the consul, confirmed the DHS timeline that Jakelin did not show any signs of distress until about 5am when they were placed on the bus to ride from the border checkpoint to the border patrol station 95 miles away.

Eager to paint the Trump administration as heartless, far too many political liberals, including elected officials and journalists, rushed to smear American officials based on — at best — incomplete information.  How many are correcting the record and apologizing to the people they unjustly maligned, now that their drive-by attack has been exposed as deeply misleading?  This poor little girl’s horrific demise was deemed to be ideologically valuable, so cheap partisan points were scored.  All the while, public trust in important institutions was eroded further, including both America’s border security apparatus and the profession of journalism. America has an acute unreliable narrator problem, and far too often, the media’s insatiable appetite for Trump bashing induces reckless laziness or agenda-driven shortcuts, which in turn embolden and partially vindicate the president’s anti-press attacks.  This dysfunctional spiral continues apace, and neither side sees itself as the problem.  While we’re on this general subject, I’ll leave you with this:

A lesson in fake news: Here’s how a transcription error, some careless reporting, and the desire to create an anti-Trump narrative led @NBCNews to repeatedly misquote and misrepresent @BillCassidy.
Read my latest. https://dailycaller.com/2018/12/13/nbc-news-bill-cassidy-misquote/ …