Texas Moving to Crack Down on Rioters

More and more Republican states are making moves to stop rioters. While the majority of these riots continue to break out in communities run by Democrats, the GOP has finally decided that enough is enough.
Weeks ago, Tennesse announced that rioters will face a series of steep penalties, including the potential loss of voting rights. Earlier this month, Florida Governor Ron DeSantis (R) warned rioters about serious consequences to follow behaviors like looting, stealing, and attacking police officers. 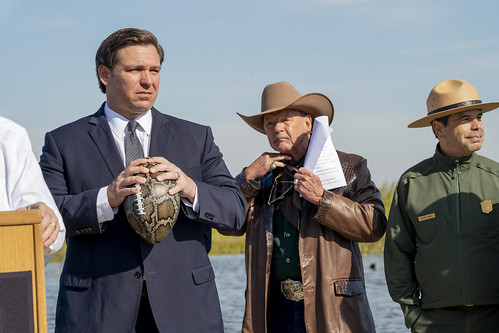 Now, Texas, another red state, is working to crack down on the antics and destruction engendered by rioters.
According to Fox News, Texas Governor Greg Abbott (R) is pushing for more austere consequences for rioters who assault police officers and engage in other related criminal acts.

Bringing an End to Riots in the Lone Star State

In 2020, the Texas governor has made several decisions that angered members of the GOP; imposing restrictions on restaurants, implementing a mandatory mask order, and even extending the Texas early voting timeframe are just a few examples.
However, when taking actions to stop lawlessness and anarchy, Abbott can count on support from the Republican Party.

Texas is cracking down on rioting.

The Constitution permits "peaceable" protests — but it doesn't provide the right to riot, rob, loot, set fires or physically harm anyone or any property.

At this time, the Texas governor is moving to enact legislation that would make attacks on police officers a felony and worthy of a six-month prison sentence. Actions that constitute attacks on police officers would include tossing fireworks, halting access to hospitals, causing harm, and shining objects like tasers into the eyes of a police officer.
The Republican governor’s moves to crack down on rioters and protect police come as certain localities, such as Austin, move to defund their police departments.

The absolute balls on this police officer. He is a statue in the face of these lunatics.

The GOP governor’s move to crack down on rioters also comes after two police officers in Louisville, Kentucky were shot by Black Lives Matter demonstrators. These shootings and other riots this week happened because the Marxist organization didn’t get their desired outcome in the Breonna Taylor case.
Do you agree with the Texas governor’s moves to crack down on rioters and those who attack police officers? Would you like to see this type of legislation in other states across America? Be sure to let us know in the comments section below!