For months now, violent riots have torn across major cities throughout the nation. Police precincts are regularly set ablaze while demonstrators loot businesses, cause disturbances in restaurants, and otherwise break laws.
In certain communities, violent protesters move without fear of consequences. Democrat mayors and governors will not stop these acts of violence; meanwhile, leftist leaders also remain opposed to intervention from the federal government. 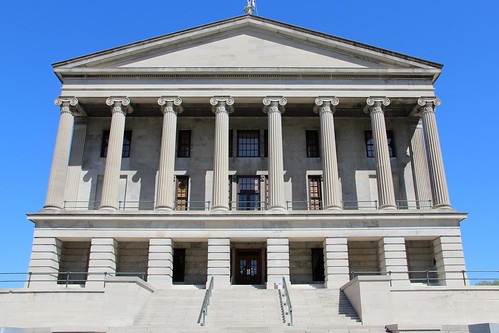 Some leaders, on the other hand, have decided that enough is enough. This is why Tennessee Governor Bill Lee (R) implemented a new law to bring an end to riots.
Townhall reports that under the Republican governor’s legislation, violent rioters would face significant penalties for their actions, including forfeiture of the right to vote.

What to Know About Penalties Against Riots in Tennessee

Various acts associated with violent riots and demonstrations are now grounds for jail sentences, fines, and felony charges. In the state of Tennessee, convicted felons are barred from voting.
The acts called out and legally targeted in Governor Lee’s legislation include the following: aggravated assault, blocking highways, and unlawful encampment on state property.

Democrats and others who oppose the Tennessee governor are speaking out against his recently signed legislation. Common talking points assert that the GOP governor’s legislation prohibits and penalizes peaceful protests.
The conflation of peaceful protests and violent riots is common from the political left; it is also inaccurate, seeing as peaceful protests do not entail attacking others, burning down buildings, and stopping emergency vehicles from passing through highways.

Tennessee is not the only state to take action against riots, violent demonstrations, etc.
Earlier this month, Georgia Governor Brian Kemp signed into law House Bill 838. Under this legislation, attacking police officers in the Peach State is deemed a hate crime. Furthermore, individuals found guilty of this crime can face penalities of up to five years in jail and a fine of $5,000.

We continue to be grateful for those in law enforcement who work around the clock to keep Georgians safe – especially the K-9s! Thank you for your service, and Keep Choppin’! pic.twitter.com/SMkNdFFOAw

Many left-wing organizations continue opposing moves to stop acts of violence in American cities. During the Democratic National Convention, speakers didn’t even discuss destruction happening in real-time; meanwhile, as violence spreads, the left also seeks to defund the police.
What do you make of the legislation recently signed into law by the Tennessee governor? Moreover, are you glad that attacks on police officers are now hate crimes in Georgia? Let us know in the comments section below!