On Tuesday night, President Trump and Joe Biden met in Ohio for the first presidential debate. Fox News host Chris Wallace moderated last night’s debate and fed both candidates a series of questions during the six 15-minute segments.
The economy, law and order, race relations, healthcare, and a series of other matters came up last night. Throughout this time, President Trump repeatedly held Biden to task; this resulted in the former vice president displaying verbal and nonverbal cues of being flustered and taken aback. 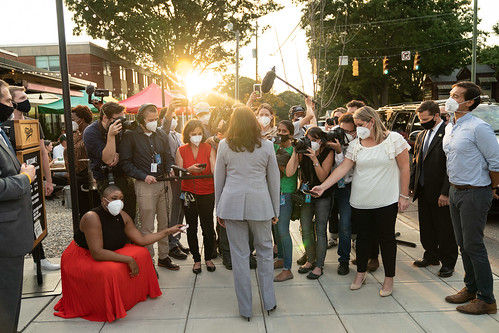 Many of Biden’s supporters and allies are therefore calling upon him to refuse the remaining two debates against Trump. However, the left cannot erase the impact that shutdowns had on the content of last night’s debate, explains Breitbart News.

The Reality of Coronavirus Shutdowns

Multiple economists have confirmed that business closures and other forms of job loss are set to come before 2020 wraps up. This is the innate consequence of massive closures and government edicts that ban people from running their businesses or earning a paycheck.
This is a situation that President Trump brought up during last night’s presidential debate. The president explained that Democrat governors in blue states continue to keep their areas shut down, thus hurting their own residents. Shortly thereafter, Trump tied this in with Biden who has admitted that he’d shut down the nation again as president.

President @realDonaldTrump: Joe Biden wants to shut down the country, I want to keep it open#Debates2020 pic.twitter.com/3EDXGIuzcS

New York is one example that the 45th president mentioned on the Ohio debate stage during Tuesday night. Aside from the mental and economic health issues linked to shutdowns, Trump also stated that whether or not the Empire State can bounce back from its current damage remains unknown.
It’s also worth pointing out that wealthy New York residents have fled the state, amid Governor Cuomo insane tax hikes; now, of course, the New York governor is imploring wealthy individuals to return to the state while also threatening to increase the taxes of remaining New York residents.

When confronted about the devastating reality of COVID-19, the former vice president merely repeated his typical talking points.
Biden claimed that a “safe” reopening is not possible without getting coronavirus under control. What the 2020 Democrat nominee missed is that COVID-19 is under control. Hospitalizations are down and so are deaths.

Joe Biden said "I am the Democratic Party right now."

But when he was asked whether he lifted a finger to tell Democrat mayors to stop letting far-left rioters destroy their cities, he lamely said, "I don't hold public office now." pic.twitter.com/EIbIR49J0n

From the inception of coronavirus mitigation strategies, the goal was to always flatten the curve, not eradicate the virus. This is why Trump and other patriotic Americans believe that safe and measured reopenings are the best way forward at this point in 2020.
How have shutdowns impacted your life this year? Do you agree with Trump’s assessment of the adverse impacts that shutdowns have had on the nation? Be sure to let us know in the comments section below!