The violence in the streets that’s broken out in recent weeks is taking a toll on the United States. To make matters even worse, the politics behind leftist mobs have contributed to divisiveness and anger.
Many Republicans remain critical of Democrats who will not outrightly condemn rioting, tearing down statues, and other acts of violence. Conservatives also make the case that if Trump supporters behaved in the manner of Black Lives Matter and AntiFa, the left would have a much different response. 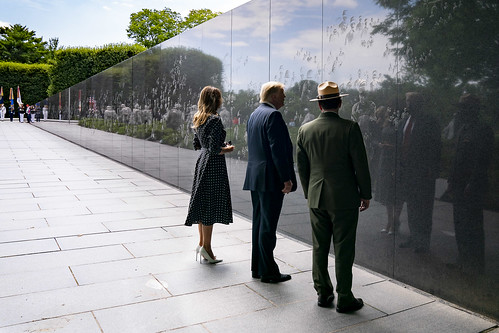 Last month, President Trump signed an executive order that incentivizes police departments and cities to take action against those who vandalize and deface federal monuments. The president’s executive order also carries a one-decade prison sentence for individuals who engage in this behavior.
Now, GOP senators are calling on the congressional body to collectively denounce mob violence in the streets of America, reports Townhall.

The Call to Action for the United States Senate

Utah Sen. Mike Lee (R) is urging the upper chamber to get behind a resolution to censure the “mob mentality” and subsequent violence happening in America. The Republican senator maintains that his resolution shouldn’t be controversial since it remains rooted in bedrock U.S. principles and values.

As we saw in Seattle this week, these mobs are not going to stop … until they are stopped. A non-binding resolution is the tiniest first step of a response, the merest exercise of the Senate’s atrophied institutional muscles. pic.twitter.com/cmUWzzER1W

Lee’s resolution additionally pushes for the Senate to affirm support for peaceful protests while speaking out against violent acts and vandalism. Other parts of the legislation call for denouncing cancel culture and showing recognition that “political speech” is very different from physical attacks and the destruction of property.

Will the Senate Accept the Resolution?

In light of the Senate’s GOP majority control, the likelihood of the body accepting the resolution is fair. However, Lee currently seeks bipartisan support of his legislation; this, in and of itself, may prove to be challenging.

People are being shot! Businesses are being looted. Innocent Americans are being attacked and threatened. Lives are being ruined. Communities are burning! And democrats refuse to condemn mob violence. pic.twitter.com/9moGpQ6MbC

As a party, Democrats have collectively declined to condemn the violent actions of those rioting and ripping down monuments. In fact, Democrats justified this behavior, stating that perpetrators of it need to be heard. Folks on the left also maintain that Republicans who take issue with property destructions are valuing monuments more than human lives.
Ultimately, only time will tell the outcome of the Utah senator’s proposed resolution.
Do you believe the Senate should formally condemn violence, cancel culture, and other forms of destruction? Will this resolution garner bipartisan support? Share your thoughts with us down below in the comments section.