As Democrats embrace a radical agenda of lawlessness and anarchy, Republicans are pushing back.
Contrary to what the left would have Americans believe, the police force is not systemically racist. Law enforcement officers are not just going out and executing people of color at will, notwithstanding the protests and riots that continue to happen on the streets of America. 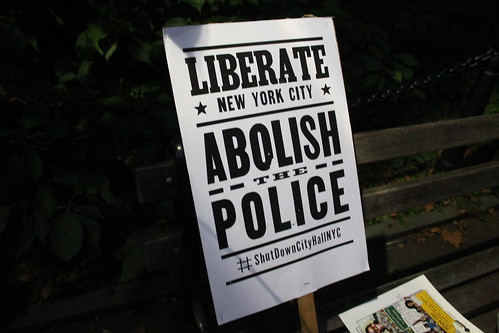 Data has consistently shown that more white Americans die at the hands of police officers than black Americans. The narrative of systemic racism in the police force is nothing more than a leftist sham to defund law enforcement and leave innocents helpless.
On Monday, Senate Majority Leader Mitch McConnell weighed in on the surging leftist movement to defund police departments across the nation. Washington Examiner reports McConnell’s criticism of this movement and he is far from the only American to share this outlook.

Reviewing McConnell’s Reaction to the Defund the Police Movement

When speaking on the Senate floor yesterday, the Kentucky Republican denounced the notion of defunding police. McConnell claimed that while he remains fully supportive of “social work and mental health,” police officers are necessary to stop the behavior of criminals.

McConnell: "I'm all for social work and mental health — but call me old fashioned, I think you may actually want a police officer to stop a criminal." pic.twitter.com/6RQNnKVoYZ

The Senate Majority Leader then criticized the Minneapolis City Council for its plan to defund the police. McConnell stated that such a measure is “outlandish” before noting that the entirety of law enforcement doesn’t deserve to be lumped in with the minority of officers who do the wrong thing.
Unfortunately, Minneapolis, Minnesota is not the only city moving to defund its police. Last week, Americans learned that the Los Angeles and New York Police Departments will both also receive notable funding cuts.
What do you make of the Senate Majority Leader’s remarks on defunding the police? Sound off down below in the comments section!