During the first night of the GOP National Convention, conservative speakers talked about the significance of the 2020 presidential election.
To be precise, speakers warned that whether or not voters elect President Trump or Joe Biden will greatly impact the nation’s future. Conservatives contrasted the president’s work to restore the economy and American jobs with Biden’s vows to shut down the nation again. 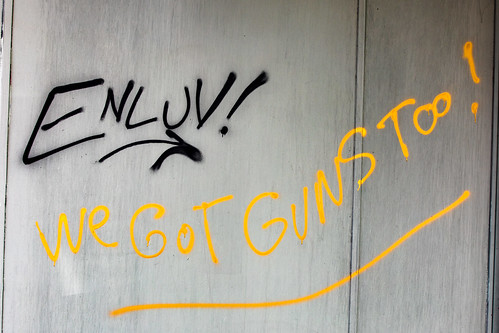 As the Republican National Convention took place last night, various Democrat-run cities burned across the country. Conservatives pointed to these cities and other communities to paint a very real picture of what Biden’s America would look like, confirms Breitbart News.

The Dystopian Transformation of the Golden State

When speaking about the negative transformation that Biden would bring to America as president, the RNC drew attention to California.
As Kimberly Guilfoyle delivered her speech at the GOP National Convention, she noted the negative aftermath that Democrat leadership has wreaked upon the Golden State. Guilfoyle explained that the once affluent and vibrant state is now smeared with riots, “heroin needles,” and power outages in homes and businesses.

Guilfoyle was also not the only speaker to draw attention to the now dystopian California. Matt Gaetz, a sitting House representative from Florida, also described the Golden State as a “horror movie.”
In doing so, the Florida Republican condemned lockdowns, prison releases, stringent gun control measures, etc., appearing in California.

Storms, wildfires, and now power outages are only the beginning of ongoing problems in the Golden State.
In addition to these issues, Californians are faced with stringent face mask mandates and lockdowns. Some residents are, therefore, leaving and fleeing to more conservative states like Texas; look no further than conservative YouTuber Blaire White or podcast host Joe Rogan.

Blaire White & Joe Rogan Leaving Los Angeles for Texas!https://t.co/ZVdT6vufOk 🚨 People are leaving California at a fast rate in what people are calleing a ‘mass exodus’ and many are coming to none other than the big state of Texas!

Weeks ago, President Trump announced that the federal government would fund $300 out of $400 of weekly aid for Americans hurt by COVID-19 shutdowns. As such, states with a need for the aid are responsible for covering the remaining $100 per week; however, Newsom indicated that California can’t afford to pay $100 per week for its residents.
While the California govenror cannot cover 25% of unemployment assistance for his residents, he has not struggled to give prior handouts to illegal aliens.
Do you think California is a warning of what the nation will look like if Joe Biden gets into office? Will you be watching tonight’s viewing of the GOP National Convention? Be sure to inform us in the comments section below.