Many inner cities in the United States continue to suffer from abysmal crime rates. High crime devastates communities, places individuals at risk, and does not bode well during times where economic struggle is quite common.
However, there is an interesting dynamic at work regarding high-crime communities and the relationship with law enforcement. Many inner cities are rallying and calling to defund the police; yet, ironically, these are the communities where policing is most necessary. 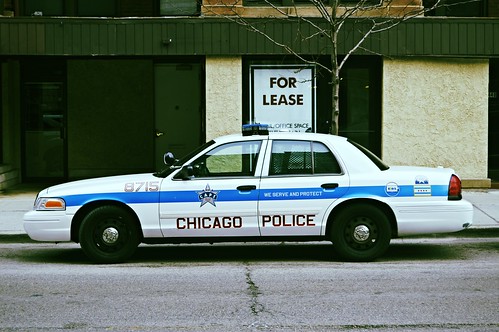 One inner city that continues to struggle with serious crime rates is Chicago, Illinois. In fact, recent surges of lawlessness in Chicago have prompted national scrutiny from concerned Americans, confirms Breitbart News.

What to Know About Rising Crime in Chicago

Over the course of last week, a total of 18 individuals lost their lives in the city of Chicago. Meanwhile, 68 individuals were shot within the same time period. The troubling crime rates in Chicago come as Mayor Lori Lightfoot (D) calls on citizens to wear face masks and encourages punishments for police officers who are not in masks.
Chicago is far from the only inner city under Democrat leadership to deal with unspeakable acts of violence. Just last weekend, 60 people suffered gunshot wounds, with ten of those individuals dying as a result. To say that Chicago is completely out of control would be a severe understatement.

Young people aren't immune to COVID-19—and our local public health data proves it. Since June 15, those between the ages of 19 and 29 have represented 30% of new COVID cases in Chicago. See it for yourself at https://t.co/PruNRm1Vpv. pic.twitter.com/IJvdTlARKU

As a result of the serious issues that Chicago has yet to address, many other Americans are observing the situation from afar. Yesterday, President Trump stated that the disturbing crime trends in Lightfoot’s Chicago will not be allowed to go on.
Trump compared the violence in cities like Chicago to “war zones” before warning that the current crime rates won’t “be this way forever.”

Where is the Leadership in Chicago?

Lightfoot is not the only Democrat mayor to come under fire for the poor management of a city. Atlanta Mayor Keisha Bottoms is in a similar position; crime rates continue to surge in Atlanta as police officers lose morale.
Earlier this month, Black Lives Matter protesters in Atlanta also killed an 8-year-old girl while gathering and placing illegal barriers on the roads.
What do you think about increasingly high crime rates in these inner cities? Do you think the federal government ought to step in? Let us know down below in the comments section.