For months upon months now, rioters have ripped through various communities. From tearing down statues to setting buildings on fire and attacking innocents in the streets, leftist agitators have incurred billions of dollars in collective city damages.
As these riots have continued, the Democrat Party’s response has come under scrutiny. For the longest time, the left chose to ignore, excuse, and even deny the existence of anarchic violence by calling it “peaceful protest.” 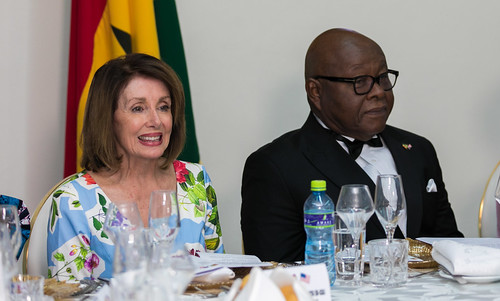 Only recently have top Democrats begun to change their tune. This could be because political studies are showing that individuals who personally experience riots are likelier to vote for President Trump.
On Thursday, House Speaker Nancy Pelosi broke her silence and excusing of rioters. In no uncertain terms, the California Democrat condemned the rioters that have plagued U.S. cities for months, confirms Breitbart News.

The House Speaker’s condemnation of riots happened during remarks on the House floor. Pelosi professed that while the Democrat Party backs “peaceful demonstrations,” these demonstrations do not extend to arson, riots, or looting.
Finally, the Speaker of the House stated that individuals who engage in setting fires, rioting, and looting ought to be “prosecuted,” citing these acts as “lawlessness.”

Speaker Pelosi: "We support peaceful demonstrations. We participate in them. They are part of the essence of our democracy. That does not include looting, starting fires, or rioting. They should be prosecuted. That is lawlessness." pic.twitter.com/Xq89RLR70f

Later in Pelosi’s remarks, she also praised 2020 Democrat nominee Joe Biden for “making a distinction” between peaceful demonstrations and rioters. However, the speaker declined to note that Biden’s “distinction” arrived after months of him not acknowledging the presence of dangerous riots in the nation.
Pelosi then asserted that Americans have more faith in congressional Democrats than in President Trump to tackle crime in America.

Reactions to the House Speaker’s Condemnation

There’s no doubt that Pelosi’s words on the House floor came as a shock to the rioters who believed they had the silent support of the Democrats.

Just like Nancy Pelosi breaking the rules at the hair salon, radical Democrats are all about rules for thee – not for me. https://t.co/B7kEQsllrb

Meanwhile, conservatives have slammed the amount of time that it took for Pelosi to acknowledge and denounce riots. Others believe that Pelosi’s condemnation occurred for political reasons; after all, when first asked about individuals ripping down statues, the House Speaker’s response was to claim that “people will do what they do.”
What do you think about Nancy Pelosi finally coming out and issuing a direct censure of rioters in the country? Do you believe that she’s truly being sincere? Share your thoughts with us in the comments section below!