Over the course of Joe Biden’s nearly five-decade political career, various scandals and controversies have found their way to him. As the Democrat nominee seeks the presidency for the third time, it’s not a stretch to say that he wants all skeletons to remain the closet.
Republicans, however, are not going to let this happen. Conservatives have repeatedly hammered the former vice president for not only his policies, but also his history in politics, the bills supported/co-sponsored by him, and much more. 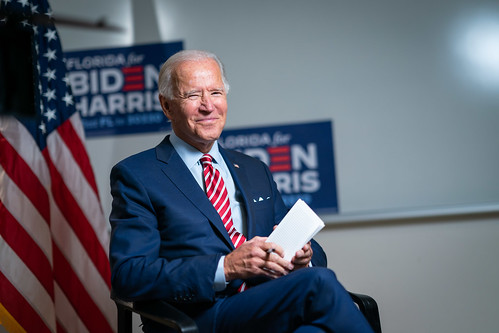 Now, sources confirm that the GOP will very soon be making public an extensive report about Biden. This report will arrive with just weeks left in this year’s presidential election.

A Closer Look at the Upcoming Report on Joe Biden

The upcoming report on Biden will primarily focus on his son’s (Hunter’s) dealings with Ukraine and Biden’s own involvement in policies passed under the Obama administration.
Many Americans have already pointed out existing evidence that Biden used his power as vice president to help Hunter win a highly-paid position on a Ukraine gas company board, despite lacking the qualifications.

Are you talking about a #HarrisAdministration 🧐 with #CrazyNancy and the lunatic Left that allowins the Squad to lead #BLMAntifaTerroristsThugs into complete anarchy and Marxism?

Is that Who you mean by "We" must win.

No thanks. I prefer sanity#Vote

The 2020 Democrat nominee is also under fire for threatening to withhold money from the Ukraine government unless they dismissed the prosecutor probing the gas company that Hunter worked for.
This matter, along with several others, will be publically revealed and addressed within the forthcoming report. According to Wisconsin Sen. Ron Johnson (R), Americans are entitled to see the findings within this report since Biden is asking to become president.
Finally, the GOP’s Biden report is coming prior to next week’s presidential debate.

As Republicans prepare to release a report on Joe Biden, there are already questions about whether or not he’s leading his own campaign or would lead as president.
One cause of concern deals with the fact that both Biden and his running mate, Kamala Harris, have spoken of a “Harris-Biden administration.”

Just so we're clear on what a "Harris-Biden administration" will look like…pic.twitter.com/NGCmde0htj

Democrats haven’t spoken much about this; however, the rest of the nation is certainly taking notice. Many Americans also believe that Biden is the trojan horse that will transfer power to radical socialists if he wins the election. Even Vice President Mike Pence warned that Biden would exist as a mere “autopen president.”
At this time, the former vice president has yet to issue any statements about the upcoming report on him. It appears that Biden is back in his basement until his handlers agree to let him out again.
Are you looking forward to Republicans’ pending report on Joe Biden? Let us know down below in the comments section.