Republicans Join Forces to Get House of Reps. Back to Work

Across the nation, many Americans are eager to get back to their jobs and businesses; the vast majority of their people opposing those who want to work happen to be left of center on the political spectrum. This pattern maintains not only in the lives of everyday Americans, but also at a congressional level. 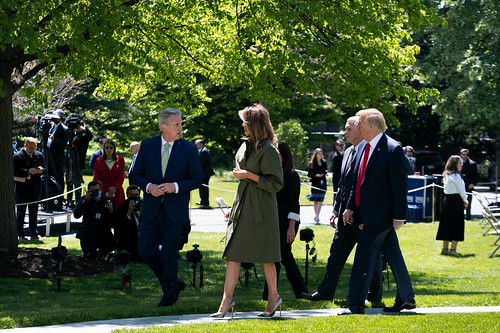 House Speaker Nancy Pelosi (D) is more than happy to keep the House of Representatives shuttered, despite the gradual reopening of the United States. House Minority Leader Kevin McCarthy (R), on the other hand, is joining forces with other Republicans to get the House back to work, reports Townhall.

The Push to Reopen the House of Representatives

In order to lessen the possibility of House representatives becoming infected with coronavirus, McCarthy and other Republicans are calling for a series of measures.
These measures entail returning to work in phases, strategic technological use, and more. Yesterday, the House Minority Leader also pointed out that he’s attempted to work with Pelosi on getting the House back to work, but to no avail thus far.

Despite my call to Speaker Pelosi to establish a clear, safe, and effective plan for reopening the House of Representatives, she hasn't done so.

Here is my commonsense plan to reopen Congress and restore the voice of the people: https://t.co/hm2OKOLgU5

In additional detailed writings about his plan, McCarthy noted the present existence of a “bipartisan task force” to ensure a balance between mitigation and getting back to standard operations.
Other Republicans in favor of the House Minority Leader’s push to get the lower congressional chamber back to work have also publically endorsed his plan.

There is a pathway forward that enables the House to safely and fully perform its key functions for the American people without sacrificing bedrock norms. https://t.co/0X73DiFGtc

The Left’s Disregard for Work

Congressional Democrats’ nonchalance about returning to work mirrors the attitudes of left-wing governors and mayors. Elected Democrats in power continue to recklessly deem bill-paying jobs as “non-essential.” Meanwhile, as countless Americans wonder how they’ll make rent and otherwise support themselves, Democrats are content with extending orders that legally prohibit millions of people from making a living. 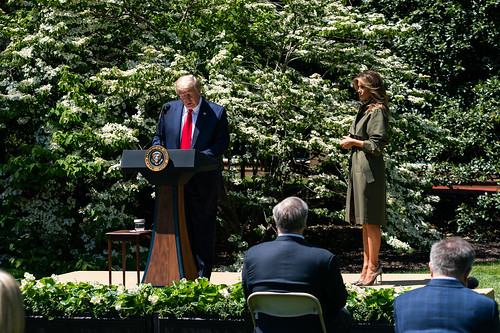 Like Leader McCarthy, many Republican elected officials across the nation are leading the crusade to get Americans back to work. The United States has sheltered-in-place for long enough, much longer than we ever should have. It is time for both Congress — and the American people — to return to their jobs.
Do you think House Minority Leader Kevin McCarthy will succeed in his push to get the lower chamber of Congress back to work? Let us know in the comments section below!