"Reopen Oregon" Protest Scheduled for May 2

Over the course of this month, governors across America have encountered immense pushback against shelter-in-place orders and lockdowns. Multiple governors are also facing lawsuits over their restrictive executive mandates while Americans rally and exercise the constitutional right to peaceably assemble. 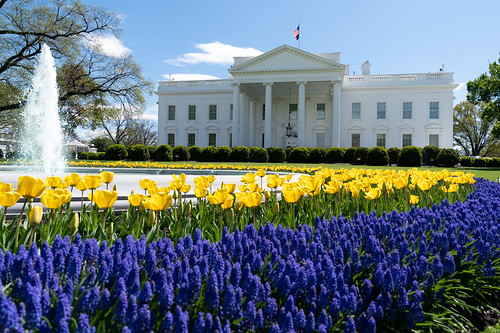 Thus far, Americans in Kentucky, Michigan, Ohio, Virginia, and North Carolina have taken to the streets in calls to reopen their states. Meanwhile, protests are currently in the works to end lockdowns in New York, Pennsylvania, California, Texas, and Oregon.
Developments have confirmed that the push to “Reopen Oregon” is currently scheduled for May 2, 2020.

What You Should Know About the Upcoming Oregon Protest

Per the ReOpen Oregon protest’s Facebook event listing, the May 2 rally will take place at the Oregon State Capitol Building. As of this writing, there are 1.5K people listed as “interested,” and 333 people listed as “going.”

The event’s details confirm Oregonians’ commitment to not surrendering freedoms and liberties for the false illusion of security. Hosts of the protest are urging residents of the state to join the protest and ensure that Gov. Brown cancels her state of emergency declaration. Additionally are the calls for Oregonians to “stand together” and engage in the constitutional right to peaceably assemble.
Additional details about the forthcoming Oregon protest are available on OregonUnitingForLiberty.com!

The Need for Oregonians to Protest

Coming together and demanding an end to tyrannical protests is imperative for Oregon residents. Thus far, Gov. Brown has maintained that she has no plans to lift her lockdown orders unless health officials give the green light.

Oregonians, you are truly superheroes helping flatten the curve. Remember in the coming weeks to keep your cape on. pic.twitter.com/7k7370zHZV

There are a few problems with this. Firstly, the projected death toll numbers that health officials originally presented were way higher than actual COVID-19 deaths. Secondly, certain health officials have talked about having shutdowns last 12-18 months or even until 2022. This demonstrates that many so-called experts have absolutely no understanding of the millions of people suffering from shutdowns; therefore, health officials cannot be allowed to run this country.
What do you think about the planned Reopen Oregon protest? Will you be attending on May 2? Let us know in the comments section below!