Portland Mayor Slammed for "Abdicating His Duty" Amid Local Riots

Portland, Oregon remains in the news headlines due to the violence and riots that are ripping the city to shreds.
For multiple weeks now, rioters and chaotic demonstrators have plagued Portland streets with violence. Attempts to burn down the federal courthouse have caused federal officials to guard the building; however, this is merely one example of the destruction happening in the city. 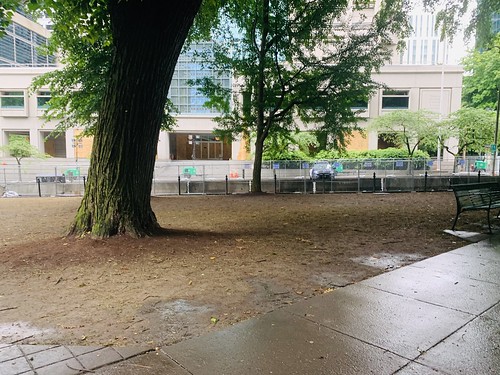 “After the protests and riots. Portland O” (CC BY-NC-ND 2.0) by drburtoni

Ted Wheeler, the Democrat mayor of Portland, spoke out last week, urging city residents to refrain from acts of violence. The Portland mayor also professed that lootings, attacks against law enforcement, etc., would be used against Democrats politically.
However, Portland residents are not listening to their mayor and it’s obvious. On Friday night, local members of the community continued their riots and acts of crime; this has caused Wheeler to face strong criticism for his lack of leadership, according to Fox News.

What to Know About Backlash Against the Portland Mayor

Wheeler’s verbal appeals for Portland residents to cease their riots, attacks against police officers, and more are clearly being ignored. Riots in the city have maintained for weeks now and, like many other Democrat mayors, Wheeler is declining to take real action to stop it.
On Friday, President Trump openly censured Mayor Wheeler. Trump stated that if the Portland mayor truly wished to stop violence in the city and restore lawfulness, Wheeler could request assistance from the federal government.

This woman is desperately trying to hold the fabric of society together in Portland.@tedwheeler failed her@OregonGovBrown failed her

Stop with the Peaceful and the Protest narrative.

These are unemployable thugs that get off on beating up old ladiespic.twitter.com/5EhgWaE6nH

Trump then accused Portland’s mayor of “surrendering” the locality to violent mobs after stating that the federal government could have the city restored within 24 hours. Finally, the president slammed rioters and others committing crimes in Portland as “sick, disturbed” individuals.

When Will Portland Riots Come to an End?

Right now, the Portland mayor has not indicated that he plans on taking real steps to combat violence in the city. Verbal appeals for citizens to stop what they’re doing are clearly not working.
Like other Democrat mayors, Wheeler also remains resistant to the idea of the federal government intervening in cities that are plagued with violence and choas. Critics of the president are also referring to federal intervention as a “police state” and “tyranny.”

Ironically, leftists in power are angrier about federal troops arriving in cities to stop violence than they are about ongoing city violence itself.
What do you think about how Mayor Wheeler has led the city of Portland, Oregon? Let us know in the comments section below!