Shutting down the nation’s economy has exposed Democrats’ desperation for power, as has their resistance against reopening. Despite social unrest, protests, and 33.5 million Americans without jobs, the left still aims to keep our country indefinitely closed. 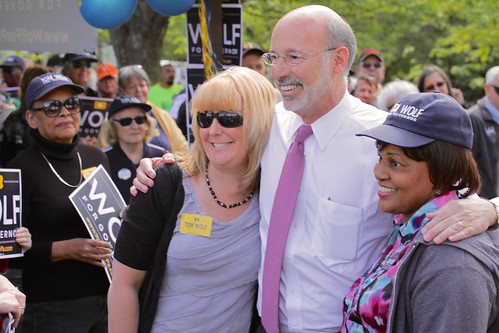 Many Americans have had enough. This explains why certain counties in blue states are reopening in defiance of governor’s orders. One state where these reopenings are rampant is Pennsylvania. Even as coronavirus declines across the board, Gov. Tom Wolf refuses to ease back shutdown restrictions and gradually re-engage the state’s economy.
Wolf did, however, threaten counties that reopen in disobedience of his directive with “consequences,” reports Breitbart News.

Everything to Know About Gov. Wolf’s Temper Tantrum

After delivering remarks to the press, the Pennsylvania governor hopped online and sent off a series of angry messages regarding counties and businesses that are reopening to feed their families. According to Wolf, he will not “sit back” and watch these reopenings occur without “consequences.”

Instead, those funds will be allocated to counties working to stop the spread of #COVID19.

Some of Gov. Wolf’s cited consequences include withholding federal aid, issuing citations, and the loss of business liability insurance. Now, there’s no doubt that the Pennsylvania governor believed these comments made him look strong and authoritative. In actuality, though, Wolf’s threats against people trying to survive and eat only prove the dismal ineffectiveness of his supposed “leadership.”

Dine-in restaurants that open in counties that have not been authorized to reopen will risk receiving a citation.

These citations can ultimately lead to the loss of a restaurant’s liquor license.

For Pennsylvanians and other Americans, these lockdowns are a matter of life or death. When people are unable to feed their families, federal aid loss is next-to-nothing and the same principle applies to business liability insurance loss and citations.
Instead of threatening Pennsylvania counties and residents for reopening, Wolf needs to assess the flaws of his governance.
What do you think about Gov. Tom Wolf’s threats against Pennsylvanians who are just trying to support themselves and their families? Let us know in the comments section below!