NYC Mayor: Turn In Your Neighbors for Not Social Distancing

If there’s one thing that coronavirus has proven, it’s Democrats’ lust for complete power and control.
Under the guise of supposedly flattening the curve of COVID-19, left-wing mayors and governors across the country have issued draconian and overbearing shutdowns that infringe on civil liberties. These Democrats leaders are now facing pushback in the form of massive protests and even lawsuits. 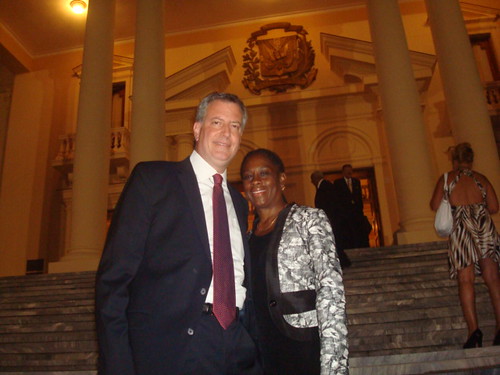 New York City Mayor (and failed 2020 presidential candidate) Bill de Blasio is now under fire for his behavior over the weekend. This past Saturday, the NYC mayor uploaded a video, urging the city’s residents to report one another for not social distancing, according to The Daily Caller News Foundation. De Blasio also included a number where people were directed to send photos and reports.

In a video, de Blasio stated that grocery stores without social distancing, crowds in the city, etc., ought to be reported by those in New York City. The mayor then went on to profess that “we” will arrive on the scene to deal with whatever is determined as insufficient social distancing.

How do you report places that aren’t enforcing social distancing? It’s simple: just snap a photo and text it to 311-692. #AskMyMayor pic.twitter.com/WQdCcVf1Rl

To really drive the point home, de Blasio explained that turning in people for failing to social distance is “as simple as taking a photo” and texting that photo to a certain number.

The mayor would’ve been much better off not pushing for New York City residents to turn in one another. Nevertheless, de Blasio has taken immense criticism since uploading the video seen above this past weekend. Critics compared his talking points to that of Nazi Germany; others also pointed out the mayor’s decision to visit the gym despite social distancing rules.

Resisting left-wing leaders who are seeking to use coronavirus to expand their own power is imperative. This is why protests are breaking out across the nation; Americans understand that the cure cannot be worse than the problem. Likewise, people in this country will not just sit idly by and allow the erosion of the Constitution or an ushering in of socialism.
What do you think about Bill de Blasio’s message to the residents of New York City? Should people turn in members of their community for not social distancing? Let us know in the comments section below!