This Monday and this week mark the Trump campaign’s real beginning of taking on election fraud. Last week, as Pennsylvania and other states were still counting votes and facing multiple legal challenges, the mainstream rushed to declare Biden as the 2020 election winner.
As the liberal left crowns Biden “president-elect,” the race is far from over. The president and his campaign issued a statement last week, vowing litigation this week and promising to prosecute their cases in court. 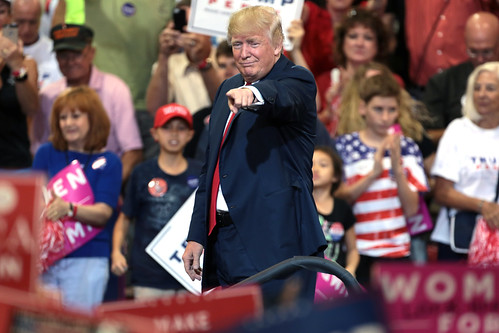 What to Know About “Post-Election” Trump Rallies

Ultimately, the purpose of upcoming Trump rallies is to promote the campaign’s litigation efforts to ensure a fair, honest election. Right now, there’s a lot of cheating and dishonesty surrounding this race and Republicans aren’t going to stand for it.
When GOP poll watchers are not allowed to observe the counting of ballots, that’s an issue. When states like Pennsylvania are having to separate ballots (while still in the process of counting votes), yet still being called for Joe Biden, there’s an issue. Of course, when dead people are voting and when non-residents are casting ballots in states where they are not eligible, this too is problematic.

If they truly believed Biden won fairly, they would roll their eyes at Trump world for wanting a full count + audits.

Zero reason to not let this play out, and if the election was fair, there is and should be zero fear that the outcome will change.

These issues have to be confronted and met head-on. An official for President Trump’s re-election campaign has confirmed the team’s work to plan more rallies; however, specific dates and locations still have yet to come. Americans should also know that the Trump campaign’s litigation could possibly carry into next month.

Bringing in the Supreme Court

At this time, conservatives remain confident in the Trump campaign’s ability to bring their concerns to the Supreme Court…and win. Illegal votes from dead persons, non-residents, etc., cannot be allowed or included in the 2020 presidential election; they counteract legal votes, and furthermore, illegal votes also undermine the election process.
Democrat cannot get away with blocking Republican ballot watchers from witnessing the counting of ballots. By law, both GOP and Democrat ballot watchers have a right to observe the count; seeing Democrats deny this right to Republicans is unacceptable.

Fact check: No one has actually disputed my claim but I’d like to go to Silicon Valley, walk into Twitter HQ, and ask the soy muncher who did this to be more specific. pic.twitter.com/i69sGUVGOd

Between illegal votes, banned ballot watchers, and tabulation/clerical/software errors that are wrongly giving GOP and Trump votes to Democrats and Biden, the argument of 2020 election fraud is undeniable.
The brewing election fight, as of now, is currently being compared to 2000’s infamous Bush vs. Gore.
Do you think President Trump should host more campaign rallies as his legal team fights for a just election?  Share your ideas with us down below in the comments section.

Poll: Majority of Americans Against Biden Running For Reelection