Throughout Joe Biden’s 2020 candidacy, he’s positioned himself as a candidate that strives to “transform” the nation into a better America for all. Despite sexual assault allegations, countless verbal errors, and radical policies, the Democrat Party has collectively thrown its support behind the former vice president. 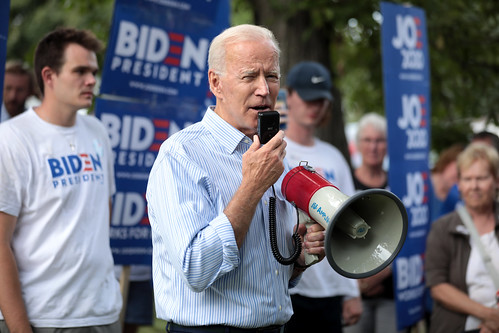 As time goes on though, cracks in the facade continue to materialize. Last week, a Biden videographer came under fire for past, anti-police social media posts. Some of these posts even went as far as to claim that law enforcement officers are inferior to pigs.
This time though, it is Biden’s strategic communications head that is facing fire. Kamau Marshall’s past tweets about women have raised some eyebrows and garnered attention, according to Fox News.

A Closer Look at the Biden Aide’s Social Media Posts

As a top official within the Biden campaign, Marshall’s posts are facing a fair amount of scrutiny. He’s since deleted the messages; however, screenshots show the Biden communications head stating that he needs women to “know [their] place” and wishes for “sour” and “angry” women to keep away from him.

EXCLUSIVE: Joe Biden's head of strategic communications, Kamau M. Marshall, has repeatedly posted sexist messages on social media over the past decade, beginning with a tweet in which he expressed his affection for "power women" – as long as she "know[s] her place".

The posts date back to 2011 and continue into the following years. None of this bodes well or coincides with the image that Biden’s political team is trying to promote.
It hasn’t taken long for Americans to weigh in with their thoughts about these posts. Some people are also questioning why more mainstream media outlets are not picking up this story and divulging into Marshall’s statements.

Response from the Biden Campaign

Thus far, Joe Biden’s campaign has yet to address any of the troubling social media posts from the individuals employed by them; likewise, Biden himself also has yet to get ahead of this and issue a statement.
At this time, there is no news to suggest that anyone affiliated with Biden plans to address anti-police or anti-woman tweets from the former vice president’s aides.

Instead of addressing the tweets from his staffers, Biden has chosen to attack Trump on Twitter and continuously demand Americans wear face coverings. Subsequently, many Americans have noted that if Trump staffers had tweets even remotely close to that of Biden’s aides, they would make national news within hours.
What do you think about the social media posts from Biden’s campaign aides? Do you think the former vice president’s campaign should get ahead of this and issue a statement? Let us know down below in the comments section.