Netflix Under Fire for Child Exploitation

For quite sometime now, issues like human trafficking, child sex trafficking, and the like have garnered more attention from the public.
Contrary to certain beliefs, these scourges are not only happening in faraway countries; here in the United States, the human (sex) trafficking trade is a billion-dollar industry. 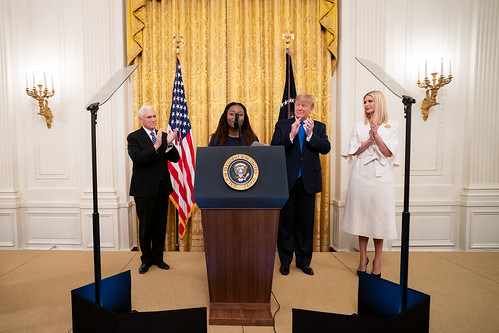 Many Americans are rightfully and therefore standing up against various problematic cultural aspects that promote the sexualization of children; unfortunately, however, Netflix has lately become part of the problem.
Netflix recently put out a French film called “Cuties.” In the film, girls as young as 11-years-old are barely dressed, wearing stripper outfits, and dancing in deeply provocative manners.
Breitbart News notes the massive backlash that Netflix has faced for choosing to release this film.

What to Know About Netflix’s “Cuties”

The “Cuties” synopsis ultimately revolves around the story of an 11-year-old girl who joins a “twerking” group for the sake of spiting her conservative family, thus discovering her “femininity” along the way.
While this synopsis is troubling enough to many people, the film, or rather the scenes within the film involving clearly prepubescent children, is worse.

I thought Netlfix would clean cuties up but from what I'm reading they didn't. All they had to do was say right wingers were attacking it and the woke crew decided it was okay. Folks are so depraved they will support pornagraphic imagery of children to own the Magas.

Netflix and other defenders of the film (many of them left-wing) have stated that the message of “Cuties” is actually anti-child exploitation; however, though, the graphically sexual scenes of these very young girls in the film is already exploitaiton in and of itself.
Despite the massive backlash, Netflix still has yet to take down the film. As of now, “Cuties” has about a 5% rating on Rotten Tomatoes, and to say that there are many unhappy people would be an understatement.

Unfortunately, the perception of this French-based Netflix film does contain some political undertones.
Republicans and conservatives have maintained as most of the strongly vocal critics of the film. Certain congressional GOP members have even called for Netflix to be brought up on charges for allowing something this graphically explicit with children to air.

The individuals who have chosen to die on the hill of defending “Cuties” are virtually all leftists; however, there are some exceptions. Hawaii congresswoman and former 2020 Democrat Tulsi Gabbard issued a strong rebuke of “Cuties.”
The Democrat congresswoman stated that Netflix is now “complicit” in child sex trafficking before stating that the French film will “whet the appetite” of child predators. Gabbard then confirmed that she has cancelled her Netflix subscription, something that is also gaining ground with many conservatives.
What do you think about Netflix’s decision to release such graphic, sexually explicit content involving children? Do you think this French film will ever be taken down? Let us know down below in the comments section.