Most Americans Believe Biden Has Dementia

Since Joe Biden’s time as a 2020 presidential candidate, he’s made a lot of verbal errors. Forgetting the Declaration of Independence, misremembering his years as vice president, stammering, confusing words, and losing his train of thought mid-speech are just a few of countless examples. 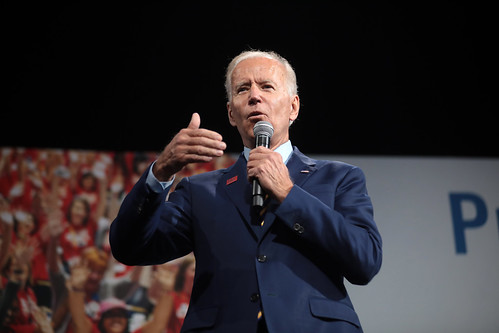 Biden’s political team has attempted to write off his plethora of flubs as some jovial, old man charm, but Americans know better. The former Delaware senator didn’t make these countless flubs during his younger years and it doesn’t take a rocket scientist to see that Biden isn’t all there.
Now, according to a new Zogby Analytics poll, a majority of Americans believe that Biden is suffering from early phases of dementia.

Collectively, a total of 55% of Americans maintain that early stages of dementia are plaguing Biden’s mental faculties. However, the numbers get even more interesting when you take a closer look at how various demographics perceive the former vice president.
77% of GOP members believe that Biden struggles with early phases of dementia. Meanwhile, 56% of Independent Americans and 32% of Democrats share the same outlook. Younger voters are also likelier than their older counterparts and swing voters to maintain that Biden suffers from early dementia.

I’ve said from the outset of this election that we are in a battle for the soul of this nation. Who we are. What we believe. And maybe most important — who we want to be. It’s all at stake.

That's the case we're making in our first TV ad of the general election: pic.twitter.com/gGeSmBIIxA

As the 2020 presidential election plays out, the subject of Biden’s mental health continues to dominate important conversations. Last week, the Trump 2020 campaign released an ad stating that Biden simply lacks the fortitude to lead this nation.
Likewise, other Americans have opined that the former vice president wouldn’t do so well in a one-on-one debate against President Trump.
What do you think about the state of Joe Biden’s mental health? Do you believe that he’s suffering from the early stages of dementia? Don’t hold back your remarks down below in the comments section.