McCarthy Dunks on House Democrats for Lack of "Blue Wave"

Prior to November 3, the Democrat Party spoke mightily and extensively about a “blue wave.” The left professed that Democrats would not only take back the Senate, but also expand their majority in the House of Representatives.
At this time, the fate of the U.S. Senate will be largely determined by two Georgia run-off races. As of right now, Georgia GOP Sens. Kelly Loeffler and David Perdue are facing off against Democrat challengers Raphael Warnock and Jon Ossoff. Should Loeffler and Perdue win their run-offs, the Senate will remain red. 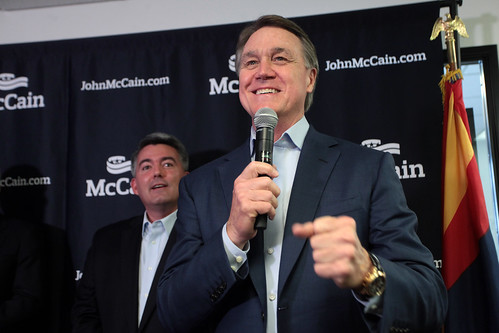 As the nation now knows, Democrats failed to expand their House majority. The truth of the matter is that the left’s promised blue wave never arrived; their majority in the House has gotten smaller and smaller, with more Republican women rising to the ranks of representatives in the body.
This — and more — is something that House Minority Leader Kevin McCarthy was all too happy to recently point out, according to Breitbart News.

During a press conference yesterday, Leader McCarthy spoke clearly and concisely about the reason Democrats lost seats in the House.
According to the Republican leader, the loss of seats is “a mandate against socialism” and other leftist policies such as defunding law enforcement and the manner in which House Democrats have conducted themselves over the past couple of years.

Nancy Pelosi called the election results a "mandate," and in a way, she's right.

Not a single House Republican lost, so it's a mandate against socialism. pic.twitter.com/niniHU4Rmi

McCarthy also reiterated that each and every GOP incumbent in the House successfully held onto their seats. Branding 2020 as the “Year of the Republican Woman,” the California GOP member also pointed out that the Republicans to beat Democrats were veterans, women, and minorities.

The Future of the House of Representatives

The vast reduction in House Democrats’ majority has several implications for the body’s future going ahead. For starters, Republicans may have more reach to get bipartisan support on certain things from moderate Democrats; secondly, Nancy Pelosi just may lose her bid for another term as House Speaker.

Pundits doubted us. Polls were stacked against us. Political so-called experts proclaimed we would lose. But Republicans have grown our party in the House and now, we will hold the line in Washington. https://t.co/YZYbKwnvDe

Leader McCarthy has already come out on record, claiming that Pelosi lacks the necessary votes to continue serving as House Speaker. Likewise, the California Republican stated that if ten Democrats vote against her along with Republicans, Pelosi will not retain her position as Speaker of the House.
What do you think about the turnout of races in the House of Representatives? Will House Republicans have an easier time going forward? We look forward to learning your thoughts in the comments section below!