Earlier this month, Joe Biden officially secured enough delegates to win the Democrat Party’s nomination.
This means that Biden will, in fact, run against President Trump in this year’s general election. For quite some time now, both Trump and Biden have take shots at one another; however, the 2020 presidential election will take conflict between the pair to higher heights. 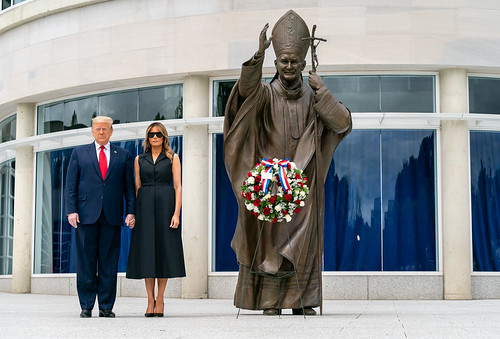 A significant factor in Biden’s run for the White House will entail who he ultimately selects as his running mate for the 2020 ticket. Fox News reports state that the list of potential vice presidential candidates is narrowing as Biden works to make his decision.

Which Prospects Are Still in the Running?

Democrats who are close to Biden have indicated that the former vice president is narrowing down his search of potential running mates. Thus far, names like Elizabeth Warren, Val Demings, Kamala Harris, Michelle Grisham, and Keisha Bottoms are still in the running.
With that in mind, the narrowing down of the list doesn’t mean that there aren’t other prospects who could possibly be considered. As Biden mulls over options, there are certain groups within the Democrat Party who believe that he should select a black woman to run with him.

Our country is crying out for leadership that Donald Trump can’t deliver. pic.twitter.com/QHvUdgg6Io

In March, the former vice president pledged to select a female running mate; however, he stopped short of committing to a black female running mate. Many black Democrats have stated that Biden owes the black community since many black voters aided him in the 2020 primary elections.
In the coming weeks, Americans should expect to hear more about potential running mates for Biden. The continued decrease of the list as certain names are scratched off is another inevitability.
Who do you think will be Joe Biden’s running mate? Share your predictions with us down below in the comments section.