Democrats remain heavily invested in which person Democrat nominee Joe Biden will select as his running mate.
At this time, names like Stacey Abrams, Gretchen Whitmer, Keisha Bottoms, and others have come up. Several progressives are making the case that the former vice president needs to choose a black woman as his running mate; earlier in the year, Biden committed to select a woman as his vice presidential candidate, but did not commit to a specific race of woman. 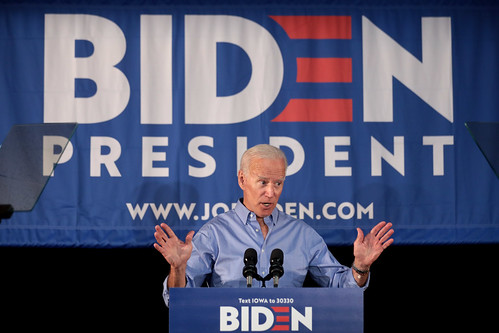 One name to come up on the list of prospective vice presidential running mates for Biden is California Rep. Karen Bass (D). However, leftist votes have some real concerns about this, due to Bass’ previous praise of communist dictator Fidel Castro, explains Townhall.

Why Democrats Worry About a Biden-Bass 2020 Ticket

Four years ago, Rep. Bass lauded and commemorated Castro, following his death. Bass cited the communist ruler’s death as a “great loss to the people of Cuba” and urged for “support and collaboration” between America and Cuba.
After this, the California Democrat also praised Oneil Mario Cannon, another communist figurehead, after his death. This time, Bass professed Cannon to be her “friend and mentor,” expressing her sadness about his passing.

Following these statements and praise of communist leaders, Bass stood by her comments years ago when questioned. Thus far, the California representative hasn’t made any comments to suggest that her mind or outlooks have changed. This poses a serious risk for Democrats.

Perceptions of the Democrat Party

Were Biden to select Bass as his running mate, a significantly greater spotlight would be placed on Bass and her past behaviors. Moreover, the Democrat’s praise of communist leaders would directly play into perceptions of the left being increasingly radical and extreme.
Joe Biden has previously stated that he wants a running mate who could prospectively assume the position of president on day one. This has lead to certain theories that Biden would not truly be leading the nation, even if he officially assumed the position as president.

There are protests happening all around the world against what is happening in the United States.

This is a moral moment. Congress must take a stand. pic.twitter.com/p7OTjd6UzL

Bass’ praise of communist leaders could also throw a wrench in Biden’s goals to win over swing state voters. However, such remarks would likely benefit President Trump’s re-election campaign, especially as the Democrat Party is portrayed as radical and out-of-touch.
Do you think Rep. Karen Bass will become Joe Biden’s running mate in light of her resurfaced praise of communist dictators? Let us know in the comments section below!