For much of this years, leftist riots have spread across different cities like the plague.
The destruction of various property adds up quickly, despite Democrats’ assertions that property damage isn’t all that serious. Many small business owners in these leftist communities have suffered due to agitators robbing and looting their shops. 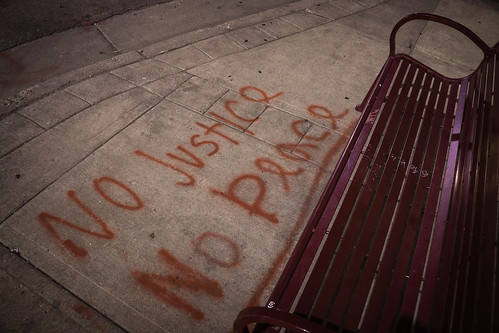 Now, new reports from The Blaze confirm the extent of damage that’s been done. Collectively, the countless violent riots to break out across the country will lead to a historic insurance claim.

A Closer Look at the Aftermath of Leftist Riots

The Property Claim Services firm sheds some real light on the financial help that will be needed to rebuild from riots. According to the firm’s findings, the funds necessary to restore cities harmed by vandalism, looting, and riots will come to between $1 billion and $2 billion dollars.
This insurance claim is greater than the damage costs incurred in other riots throughout history; however, there is still room for this number to grow. The Insurance Information Institute explained that since riots are taking place “all over the country” and still ongoing, the insurance claim cost could — and likely will — continue to surge.

PENNSYLVANIA: just like Portland, Antifa copycats use the same methods to resist police in almost every city now

They create barricades, use shields, bring umbrellas, batons, and take advantage of the chaos to vandalize public and private property

Antifa are a national group pic.twitter.com/K0yG5OlSyc

News about the historic insurance claim amount comes as the left continues working to defund the police.
In cities like Minneapolis and New York City, crime has surged amid leaders’ decisions to cut funding to their police departments. This has, again, prompted conservatives to speak out against the defund the police movement.

Silence from the Political Left

It’s no secret that the Democrat Party has justified the riots to break out across America in 2020.
When House Speaker Nancy Pelosi was asked about vandals ripping down U.S. monuments, the California Democrat cavalierly declared that “people will do what they do.” Likewise, other Democrats have assumed a complicit role in riots by inaccurately classifying them as “peaceful protests.”

Amid news of harm to communities and a historic insurance claim, the left is silent. Many Democrats have been called out for championing riots, so long as the mayhem doesn’t come to their own communities. The left also doesn’t seem willing to foot the insurance bill for the riots they’ve excused and justified.
What do you think about the historic insurance that will be needed to pay for damages incurred by rioters? Let us know your take on this down below in the comments section.