At this moment in the 2020 presidential election, it’s no secret that Democrats are apprehensive about whether or not Joe Biden will win.
The reality is that Biden is slipping in the polls. Following last month’s GOP National Convention, the president enjoyed a major boost in donations, support from black Americans, Hispanic Americans, and overall approval. 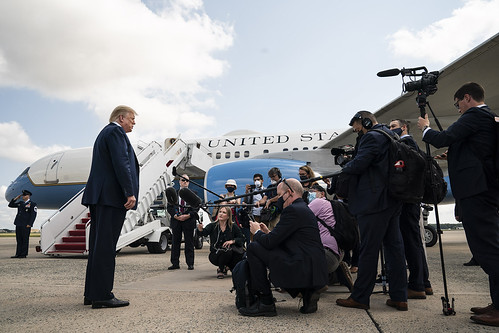 Meanwhile, virtually every time that Biden partakes in a real-time campaign event that’s not from his basement, something goes wrong. Just yesterday, the former vice president exaggerated the number of military COVID-19 deaths by thousands. Biden has also taken heat for vowing to shut down the nation if he wins the election.
Now, information from Breitbart News confirms that left-wing activists are already preparing for what to do if — or rather when — Biden loses the 2020 presidential election.

Talking points from the Democracy Defense Nerve Center paint a very chilling picture of what the left has planned if Biden loses the 2020 presidential election.
An anonymous source confirmed that the group discussed their plans on how to react to a Trump 2020 victory. In essence, these plans involve more of what Americans have seen happening in cities like Kenosha, Portland, Seattle, etc.

The Democracy Defense Nerve Center is planning on “occupying” various spaces and buildings while also causing places to shut down “not just on Election Day but for weeks.” It doesn’t end here, though; leftist activists are furthermore determined to convince themselves and others that this year’s election outcome will only be “legitimate” if Biden wins.
The news about the Democrat Party’s hidden failsafe should not come as a shock, however. Two-time failed presidential candidate Hillary Clinton has gone on record multiple times and stated that Biden should refuse to concede this year’s election under any circumstances.

A Free and Fair Election

Democrats have repeatedly hammered President Trump when they interpreted certain statements as warnings that he wouldn’t necessarily accept the election outcome.
Despite the left’s attempts to make this claim about the president, both the Trump re-election campaign and the White House confirmed that Trump will accept the 2020 election outcome.

"The gall of Joe Biden to go to the industrial heartland, to the state of Michigan and promise that he's going to return jobs back from China — that is like an arsonist who burned down a village returning to that town and [saying] he wants to be the fire marshal" – @CortesSteve pic.twitter.com/X9LzXXCAgy

Biden, however, has yet to make the same statement. Judging on the above findings from left-wing activist groups, the Democrat Party is not at all prepared to accept the election outcome if it doesn’t go their way.
Are you surprised that left-wing activist groups are planning mass civil unrest if Trump wins re-election? How should the rest of the nation prepare for this? Share your thoughts with us in the comments section below!