For the better part of this week, lawmakers in Washington struggled to reach common ground on a coronavirus relief bill designed to aid the American people.
While Republican and Democrat legislators duked it out with one another, the latter group was exposed for their attempts to sneak in far-left proposals that had absolutely nothing to do with COVID-19 relief. 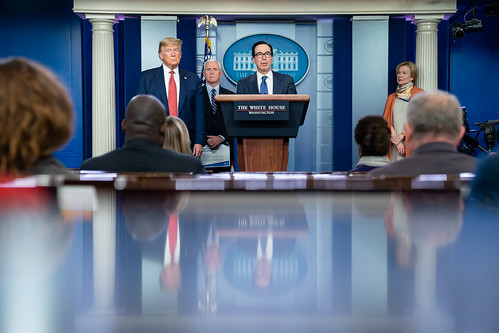 At long last, Washington leaders have put together a $2 trillion dollar coronavirus bill to help Americans who suffered economic hits because of the virus. Yesterday, during House Speaker Nancy Pelosi’s press conference, she asserted that Democrats scored a “jiu-jitsu” victory in achieving legislation that places workers over corporations.
Shortly after Pelosi’s press conference, House Minority Leader Kevin McCarthy gave a briefing of his own. During his remarks, McCarthy branded Pelosi’s aforementioned “jiu-jitsu” claim as an “outright lie,” according to Fox News.

Holding Pelosi to Task on Her Lies

When the House Speaker spoke to press on Thursday, she made all kinds of questionable claims about how Republicans have gone about providing coronavirus relief to Americans. In keeping with the Democrat narrative, Pelosi spun a web of lies that painted Republicans as heartless towards struggling families.

Speaker Pelosi just claimed she did "jiu jitsu" to change the coronavirus legislation. That is an outright lie.

The fundamental parts of the bill have not changed since Sunday, including:
• 4 months for unemployment insurance
• Forgiveness for small business loans pic.twitter.com/wMdPza4aN4

Thankfully, when Leader McCarthy spoke with the media, he managed to tell the real truth. Calling out Pelosi’s lie about Democrats placing workers over corporations, McCarthy explained that central parts of the $2 trillion dollar COVID-19 remained the same since Sunday.
Furthermore, the House Minority Leader explained that the delays were engendered by Democrats trying to include policies that had no relation to coronavirus. McCarthy also hit Pelosi for focusing on partisan wins as American families struggle to pay bills in the wake of COVID-19.

Later today, the House of Representatives will vote on the coronavirus legislation. Due to the strong bipartisan support and overwhelming efforts to take on COVID-19, the bill is expected to pass; upon its success, the legislation will then be sent to President Trump’s desk for him to sign into law. 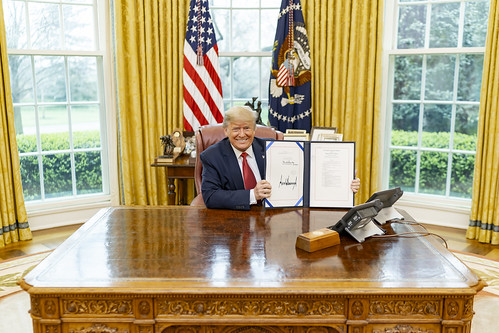 While Congress has worked on finding common ground to give Americans economic relief, the president and his administration continue doing their part in the White House. This involves working with health officials, sending aid to states in need, and providing regular updates to the American public.
What do you think about Pelosi’s lies on the COVID-19 relief legislation? Are you glad that Leader McCarthy set the record straight? Let us know in the comments section below!