Over the course of 2020, several cities in the nation have decided not to take action against riots and destruction.
These local leaders, which are Democrats, of course, continue to either ignore or look the other way as communities are pillaged and destroyed. Worse yet, these same Democrat leaders are more concerned with who’s wearing a mask than who’s burning down cars or vandalizing buildings. 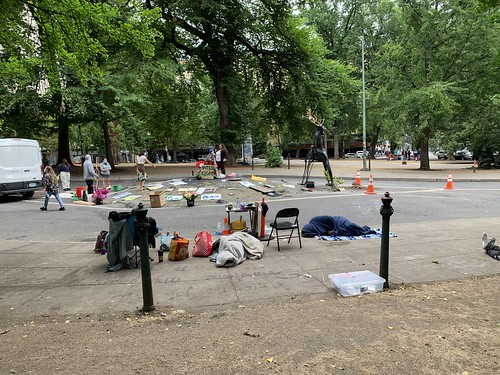 “Portland US Courthouse BLM epicenter for” (CC BY-NC-ND 2.0) by drburtoni

The Justice Department has begun laying out the groundwork for these Democrat-run cities that refuse to uphold the law.
According to Townhall, the Justice Department named New York City, Seattle, and Portland as three “anarchist jurisdictions” where local leaders are allowing and enabling property damage and violence.

In order to deem cities as “anarchist jurisdictions,” there are several categories that they must fall into.
Defunding the police, refusing to allow law enforcement to stop local violence/enter into areas where they’re legally entitled, and rejecting reasonable assistance from the federal government are some actions that will cause cities to be classified as “anarchist jurisdictions.”

Thank you to @NYCMayor Bill de Blasio and Seattle @MayorJenny Durkan for issuing a joint statement with me in response to President Donald Trump’s threat to revoke federal funding. https://t.co/WRK5iuUGDw

U.S. Attorney General William Barr has also spoken out about cities that are giving free reign to looters and perpetrators of destruction, vandalism, etc. Barr recently stated that cities which allow violence while halting law enforcement cannot get federal tax dollars.
Barr then called on the Justice Department to “reverse course” and cease the enablement of cities that refuse to ensure the safety of their own citizens.

New York City, Portland, Seattle, and the leftists who residents in these communities have bristled at the Justice Department classifying them as “anarchist jurisdictions.”
What they haven’t done, though, is commit to upholding law and order. The mayors of these anarchist jurisdictions are angrier at the Department of Justice than they are with the rioters destroying their own communities.

In Seattle, we’ll remain focused on addressing the four crises in front of us: the COVID-19 pandemic, an unprecedented economic downturn, the greatest civil rights reckoning in decades, and the continued threat of climate change.