At this time, multiple states across the nation have taken it upon themselves to issue mandatory face mask orders.
While some Americans welcome these orders with open arms, many others do not. In fact, folks with the strongest opposition against mandatory masking are launching lawsuits, protests, and outrightly refusing to comply. 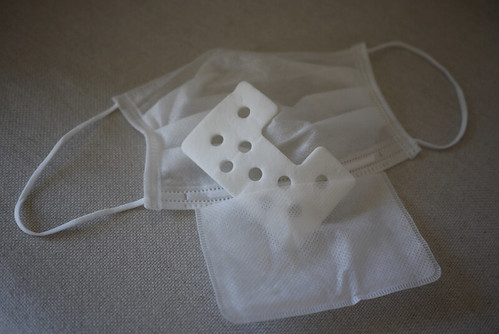 As civilians react in different ways to compulsory masking orders, so are members of the law enforcement community. Multiple police sheriffs in several states across the country have already affirmed their refusal to enforce executive orders that demand face masking.
In the wake of Indiana’s mandatory face covering order, the sheriff of Johnson County has joined the list of law enforcement officials that won’t uphold face mask requirements, confirms Breitbart News.

What to Know About Indiana’s Mask Mandate

On Monday, the mask requirement from Indiana Governor Eric Holcomb (R) will go into effect. Under this order, state residents are mandated to wear face masks in both indoor and outdoor environments.

As we continue to monitor the data, we’ve seen a concerning change in some of our key health indicators.

Hoosiers have worked hard to help re-open our state & we want to remain open.

By masking up, we can & will save lives & slow the spread of #COVID19.

This requirement stands for individuals 8-years-old and older; furthermore, violations of Holcomb’s executive order serve as a Class B misdemeanor. In Indiana, this can stick violators with six months in jail and fines of $1,000.
Suffice it to say, Johnson County Sheriff Duane Burgess is refusing to uphold the Indiana governor’s mask mandate. Burgess maintains that the Johnson County sheriff’s office will instead uphold the national and state constitutions along with laws from “elected legislators.”
Burgess did, however, note that businesses reserve the right to refuse serve to individuals without face coverings. This came shortly after the Johnson County sheriff stated that people with complaints about maskless individuals should direct them to the Indiana State Department of Health.

Pushback against face mask mandates is surging from members of the law enforcement community. Certain officials maintain that upholding these requirements will only strain the relationship between police officers and civilians.
Other sheriffs have additional reasons. Some of these reasons assert that mask mandates are simply not legally enforceable. Other law enforcement leaders maintain that they are not the “mask police” and have more pressing matters to deal with.

I have always voted Republican, but this November will vote for Donald Rainwater and the Libertarian party to make sure you the nanny state RINO statist are out of office. This is complete overreach we the people of Indiana have never delegated this type of power to you.

Governor Holcomb joins a growing list of Republicans who are deciding to implement face mask mandates. This has prompted criticism from certain right-wing Americans, while other GOP governors in Georgia and South Dakota have received praise for not implementing a mask mandate.
What do you think about the Indiana sheriff’s refusal to uphold the governor’s face mask requirement? Let us know down below in the comments section.