Americans have heard a lot about voter fraud over the past week. Exactly seven days ago, Election Day came and went; then, on Saturday, the mainstream media declared that Biden won the 2020 presidential race. 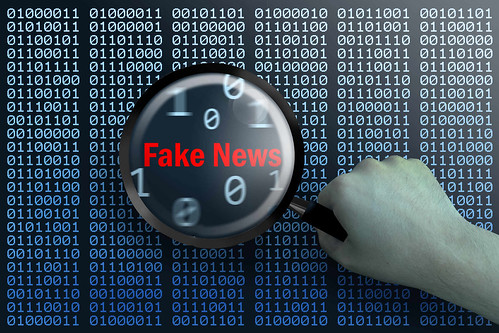 The reality here is that the media does not choose the winner of presidential elections. That responsibility is bestowed to the American people; however, whistleblower accounts, software glitches, tabulation and clerical errors, and much more has shown that the votes of Americans are being drowned out and compromised.

A Probe into Dominion Voting Systems

Compromising and drowning out the votes of Americans is unacceptable. Right now, the vote-counting software Dominion Voting Systems is under a microscope and rightfully so.
An error from this software prompted Biden to be given thousands of votes that were cast for Trump in Michigan’s Antrim County. What’s even more alarming is that Dominion Voting Systems is employed in several other counties and states across the nation. As such, GOP members are calling for an investigation into this vote-counting software and the errors it has produced, per Washington Examiner.

The fundamental question is: are we going to follow the law?

We need to let the process play out to ensure every legal vote that was cast is counted and every vote that was illegally cast is not. pic.twitter.com/G4WA5CPRE9

On Fox News, Sen. Ted Cruz, a Republican, talked about the need to probe Dominion Voting Systems. The conservative Texas senator also explained that “the legal process” is the best way to ascertain that complications aren’t arising while counting votes.
Errors associated with Dominion Voting Systems lead to 6,000 Trump votes in Antrim County being wrongly handed to Biden. After the correction of these errors, the incumbent president actually won the county that was previously and incorrectly declared for Biden.
During additional remarks on Fox News, Cruz reiterated that Americans deserve to know the truth about these types of issues. Furthermore, the Texas Republican explained that matters of voter fraud and other concerns could arrive in the Supreme Court.

Getting to the Bottom of this Election

At this time, members of the Republican Party have sworn affidavits of whistleblowers making disturbing reports. These reports include the following: orders to backdate ballots, voting irregularities, swaths of ballots being taken to Biden-Harris camps, and more.

“We will not give up on this process until every last issue has been uncovered.” –@GOPChairwoman pic.twitter.com/7bTnntGH8W

The GOP is not backing down here. Republicans and the Trump campaign continue reiterating the need to count each and every legal vote; legal votes cannot and must not be tainted by illegal votes. Unlawful votes, ballot tampering, voting software errors, blocking Republican ballot watchers from observing the vote count, etc., undermines the integrity of any election.
This is why the legal fight continues.
What do you think about Dominion Voting Systems’ wide usage across the country despite its errors that transfer Trump votes into Biden votes? Let us know down below in the comments section.