The dangers of vilifying and defunding the police continue to materialize.
At this time, multiple police officers have been shot at and injured for no reason and with no provocation. This, in and of itself, shows that leftists are taking to heart the messages from Democrats and Black Lives Matter which assert police as evil and blighted with internal racism. 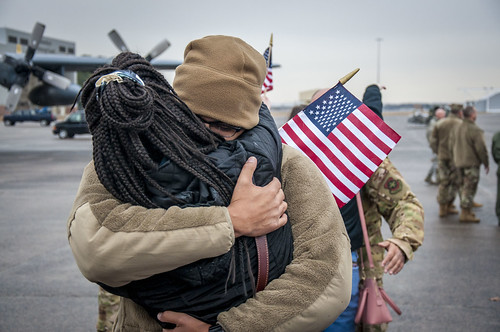 Republicans, on the other hand, are seeking to unite the nation and restore trust in our nation’s law enforcement.
Yesterday, Republican Leader Kevin McCarthy announced the House’s plans to invest $1.75 billion dollars into U.S. policing; according to Breitbart News, the California Republican maintains that this investment will unite the nation while keeping everyone safe.

A Closer Look at the GOP’s Planned Investment into Police

Yesterday, the House Minority Leader interviewed with Fox News. During his conversation with Fox’s Sean Hannity, McCarthy explained exactly where the GOP’s $1.75 billion dollar investment will go.
Per the House Minority Leader, these funds will be directed towards “community policing,” the training of officers, the provision of 500,000 new body cameras, and teaching police when they should use their weapons along with the various situations that demand different use of weaponry.

.@GOPLeader Kevin McCarthy: "Name me one problem the Democrat Majority in the House has solved." pic.twitter.com/TyScUKXWX7

Furthermore, McCarthy clearly stated that Republicans are not going to defund law enforcement whatsoever.
The GOP Leader then informed Hannity and other Fox News listeners of the need to bring Americans together; he also zinged Democrats for seeking to “dismantle” the United States and “wasting” the current majority they have in the House of Representatives.

Republicans vs. Democrats on Policing

The new intiative announced by Leader McCarthy arrives as Democrats remain silent about the shooting of police officers over the past weekend. In fact, even after this shooting, Massachusetts Sen. Ed Markey (D) called for a nationwide disarming of police officers.
Conservatives have slammed the left for the hate campaign they’ve chosen to run against law enforcement officers in America. Rhetoric has consequences, especially when it comes from the leading members of one of the nation’s major political parties.

Republicans helped build the greatest economy in a generation, and the American way of life was thriving.

We will do it again.

Together we will reunite this country once and for all.

The House Minority Leader and other Republicans believe that healing the relationship between police officers and civilians is imperative to healing the nation. However, the left has repeatedly made clear that their only interests lie in disarming, defunding, abolishing, and “reimagining” policing in America.
What do you think about the police funding initiative presented by House Minority Leader Kevin McCarthy? Will this come to fruition? Let us know what you think in the comments section below!