Between the election and the nation’s work to bounce back from COVID-19, Congress is under intense scrutiny.
Last week, Republicans and Democrats in Washington failed to reach an agreement on legislation that would have helped Americans amid coronavirus and labor market challenges. 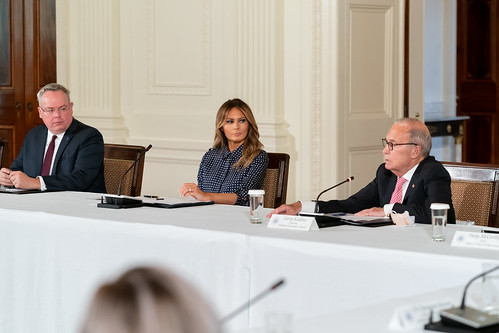 Right now, economists are predicting that the job gains Americans witnessed over the summer have reached their cap, at least for the time being. Now, the experts project that more layoffs will follow and businesses won’t be able to hire back workers as they initially planned.
In the wake of tough financial times to come, House Republicans are set to announce a series of new initiatives this week. Washington Examiner explains that these initiatives will greatly focus on rebuilding the nation while maintaining fiscal responsibility.

What to Express from Congressional Republicans This Week

Kevin McCarthy, the House Minority Leader, will be announcing a new agenda that prioritizes the American worker. This means putting forth initiatives to enable school choice, bring employment opportunities back to market, end our nation’s reliance upon China, and put an end to COVID-19 outbreaks.

In Pelosi’s district, salons & gyms are partially opening Monday but only AFTER
→ She was caught getting special treatment
→ The public learned city government gyms remained open

Folks, this is what socialism looks like. Only a few get nice things. Everyone else…get in line.

This agenda is expected to be rolled out on Monday evening during a conference on Capitol Hill; furthermore, McCarthy’s presented agenda will, yet again, mark a notable contrast between where Republicans and Democrats stand in 2020.
In a memo, the House Minority Leader also explained that the GOP wants to be transparent with the nation about how they will combat radical leftism.
Defunding law enforcement, interfering with the military, and crippling the economy etc., are each measures that Republicans are vowing to firmly oppose and actively work against.

As the GOP puts forth a new agenda, they’re also maintaining focus on the bigger picture that involves congressional elections.
Republicans have expressed confidence in their ability to not only maintain control of the Senate, but also recover their majority within the House of Representatives. Democrats, on the other hand, are striving to win back the Senate and keep the House blue.

President Trump and other prominent Republicans have offered support for various GOP candidates running in congressional races. Like Leader McCarthy and other conservatives, the 45th president has spoken about Republicans doing well in congressional elections this year.
Are you excited about the agenda that House Republicans are putting forward this week? Do you think the GOP will be able to keep the Senate and flip the House red? Share your viewpoints with us down below in the comments section.