Google Under Fire Amid Anti-Trust Case

Big tech companies remain under fire for their various acts of censorship against Republicans and conservatives. These organizations continue to deny the intentional censorship of individuals based on their politics; however, real-life events tell a very different story.
One of the big tech companies under fire is Google. Conservative news sites report that Google has taken intentional actions to lower their rankings in search engine results; meanwhile, liberal and left-wing news sites have received boosts. 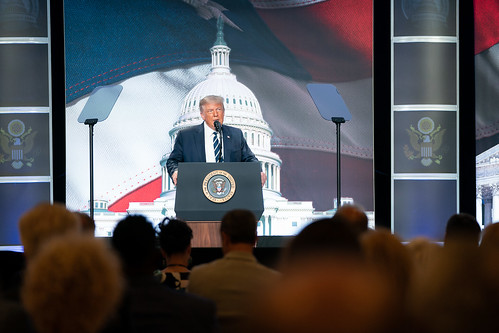 YouTube, a company strongly affiliated with Google, has also come under fire for heavy demonetizations of conservatives’ accounts while liberal ones are often able to skate by.
Now, Google is facing an anti-trust case from the U.S. Justice Department. Republicans have furthermore come out and stated that due to rampant abuse of monopoly power, Google ought to be split up, according to Breitbart News.

What to Know About Google

During an interview with Fox Business on Friday, Texas Sen. Ted Cruz (R) spoke about Google. The conservative senator explained that Google’s abuse of its monopoly power ought to result in the company being “broken up” altogether.
Cruz also didn’t hesitate to go into more precise details regarding the extent of Google’s corruption. The Texas Republican informed that Google is raking in “monopoly revenues” while actively using its power to silence Americans they disagree with and censor political views that clash with left-wing dogma.

Finally, Cruz talked about the pressure that social media and big tech companies have faced from Democrats. Next arrived Cruz’s reminder that big tech went from censoring individuals to now censoring the New York Post, an entire publication, when it broke new developments about Hunter Biden.

The Continuation of Censorship

Social media outlets continue to censor Americans for the sake of helping the Democrats; they’re not even hiding it anymore.
During the final presidential debate, Joe Biden took heat for lying about never supporting a fracking ban. Since Thursday night, multiple, unedited clips of the former vice president have surfaced online where Biden clearly states he wants to eliminate fracking and usher it out.

Twitter, meanwhile, has chosen to slap various warnings on the unedited clips of a major presidential candidate speaking about fracking.
Meanwhile, a recent report shows that more than nine of ten employees working for Twitter have donated to Democrats; another report documents Twitter staffers making shockingly disparaging remarks about the president and his millions of supporters.
Do you think Google should be broken up for censorship and abuse of its monopoly power? Let us know in the comments section below.