Georgia Poised for a Recount of Votes

Battleground states across the country continue to count the vote. Questions about the legitimacy of various ballot tabulations have arrived, due to certain counties pushing out observers and counting votes in secret.
There is a lot of talk about voter fraud. Many Americans are concerned about ballot counters putting up paper over buildings so that no one can watch what they’re doing. The corruption that tends to come along with mail-in ballots also remains a source of concern. 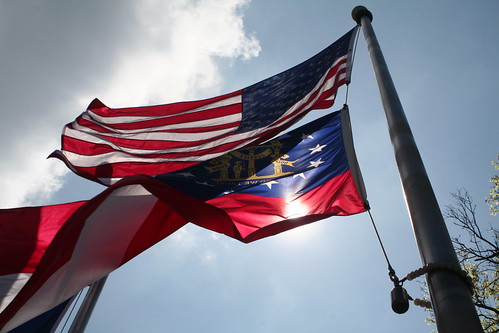 Now, on Friday morning, it is looking likelier and likelier than Georgia will have to recount their votes. According to officials within the Peach State, a recount of votes is imminent, per Townhall.

What to Know About Vote Counts in Georgia

Georgia officials continue to allege that the race is “very close,” hence why they have yet to call the state. Yesterday evening, an election official in the state of Georgia predicted that a recount of votes will follow due to the closeness of the current count.
Georgia is a red state, one that Democrats have worked very hard to flip blue during the 2020 race. As of this morning, certain reports indicated that Biden overcame Trump’s lead in the Peach State by a few thousand votes; however, there are still many more military ballots to be counted. Conservatives believe that those votes are likelier to go in the favor of Trump.

Georgians and other Americans are also questioning where officials are finding swaths of ballots that magically have unilateral support for Biden. This has triggered calls of voter fraud, with some suggesting that officials are simply “counting” until they’re able to manufacture a Biden “lead.”

Could the Election Go to the Supreme Court?

Earlier this morning, the Decision Desk called Pennsylvania — and the 2020 presidential election — in favor of Joe Biden. Decision Desk thereby declared Biden as elected to be the 46th president of the United States.

This election is not over. pic.twitter.com/0WJGtgqKxX

Immediately, the Trump campaign issued a statement, slamming the declaration as premature. Team Trump noted the forthcoming recount in Georgia, along with “irregularities” in Pennsylvania, improper ballot harvesting, and more.
The 2020 presidential election could very well go to the Supreme Court, especially in light of the ambiguity surrounding the legality and integrity of vote counts and ballot tabulations.
Do you think the state of Georgia will wind up recounting their votes? Should the 2020 presidential election be determined by the Supreme Court? Let us in on your thoughts in the comments section below!