For quite some time now, the city of Chicago, Illinois has struggled with violence. Murders and shootings continue to skyrocket, yet law and order in the city appears almost non-existent.
Last week, White House press secretary Kayleigh McEnany referred to the Chicago mayor’s leadership as “derelict” and urged her to accept help from the federal government. Mayor Lightfoot chose to respond by branding the press secretary as a “Karen” and saying that McEnany ought to “watch her mouth.” 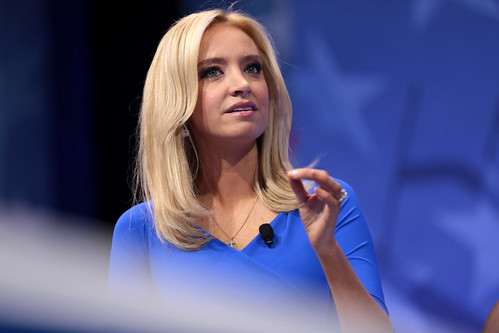 Now, the Chicago mayor doesn’t have a choice in accepting the federal government’s assistance in getting local crime under control.
New developments from Breitbart News confirm that federal law enforcement agents are being deployed to Chicago in order to restore safety and stability to the city.

At this time, President Trump is set to deploy 150 federal police officers to reduce riots, murders, shootings, and other crimes in Chicago. The rampant lawlessness continues to grip the city in spite of strict gun control laws, a measure that Democrats often tout as useful and effective.

Mr. President or not—I don’t care one bit what your name is. I will not allow troops in Chicago, and I will do everything in my power to stop you. pic.twitter.com/jL5TFgPPKZ

Federal law enforcement agents are heading to Chicago in spite of the mayor requesting that they not come. To many Americans, rejecting the presence of law enforcement in a crime-ridden city is quite curious; however, Mayor Lightfoot has stated in interviews that she aims to continue running Chicago to the best of her own abilities.

Despite the surging crime rates in Chicago, Mayor Lightfoot’s attention remains focused on a different matter. To date, the mayor has rolled back reopening plans for the city; this includes shutting down indoor bars and also reducing in-person gatherings.
Lightfoot has furthemore defended these measures, citing them as beneficial for the greater good. Moreover, the Chicago mayor believes that “[dialing] back” reopening plans is a beneficial approach.

Throughout this pandemic, data has guided every move made by the City. The recent uptick in cases & surging COVID-19 activity in other states is cause for concern and is why we're announcing a move to dial back reopening in certain high-risk environments. https://t.co/jPUdaRJZKX pic.twitter.com/Owy1FQXtMS

While Lightfoot remains vocal about the highly survivable coronavirus, she is less outspoken about crime waves in her city. In fact, some Americans are criticizing the Chicago mayor for her focus on getting federal law enforcement out of the city rather than reducing lawlessness in the city.
The president’s decision to send in federal officers arrives after previous warnings. Earlier this month, Trump stated that action from the federal government would follow continued crime in these major cities across America.
What do you think about the situation in Chicago? Are you glad to see the president sending in federal agents to restore law and order? Let us know down below in the comments section.