There is a lot happening in America right now. The nation is currently faced with an undecided election as states still claim to be counting votes.
As things currently stand, it’s looking like North Carolina will not finish counting their ballots until next week; meanwhile, the Trump campaign has filed various lawsuits in multiple states to combat voter fraud. 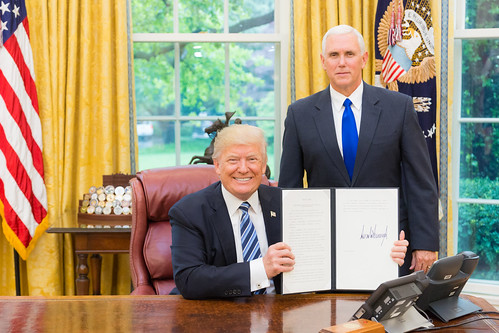 In the midst of the chaos and uncertainty surrounding the 2020 election, the economy is something that real Americans are impacted by each and every day. The loss of jobs thanks to crushing shutdowns has thrown many businesses into ruin and countless individuals into financial peril.
However, an economic bounce-back is very much underway. According to the latest reports from the Labor Department, last week’s unemployment claims dipped yet again, per Washington Examiner.

The Current Position of the U.S. Economy

Last week’s claims for unemployment benefits dropped to the tune of 751,000. While this number is an improvement from recent weeks of unemployment applications, it’s still much higher than claims prior to COVID-19.
The aforementioned shift in joblessness applications is ultimately impacted by new and recovered jobs; however, the U.S. economy still has a ways to go before prosperity comes back. Even as certain Americans are rehired into various positions, others are still out of work.

Lockdown, stress, job loss/lack of income, loneliness, businesses closing, gyms closed, lack of human interaction & mental health. To some lock down is sitting comfy at home watching Netflix, to others it’s a great suffering. This country has let us down. Sick of it.

Economists maintain that the economy remains plagued with “ongoing job loss” even as “a slower recovery” compared to earlier in 2020 takes place.
With the uncertainly surrounding the presidential election’s outcome, there is no telling what direction the economy will take in the months to come. Biden has very clearly stated that should he win the presidency, he will “shut [the economy] down.”
This would inevitably erase any economic gains made thus far; millions of Americans would also suffer like never before.

What Lies Ahead for the U.S. Economy?

Once the election results are known and determined, Americans can get a much better idea of what to expect from the economy.

Arizona needs to be put back in play – because it is in play and will go to Trump – Arizona will give Trump the win.

The AP called this way too early. pic.twitter.com/WgQLA0CHtS

If Trump is re-elected, then the likelihood of more jobs and ongoing reopenings is pretty high. However, if Biden gets into office, then the nation should brace for more business closures, more job loss, and a crippled economy for quite some time to come.
What turn do you think the economy will take in the weeks and months to come? Be sure to let us know your stance in the comments section below!