Throughout this year’s election cycle, Joe Biden has repeatedly disparaged President Trump’s work to rebuild the nation’s economy.
Like other members of the radical left, Biden maintains that Trump’s response to coronavirus has worsened the situation. The former vice president has also implied that re-electing the 45th president will worsen the economy and the levels of civil unrest across the country. 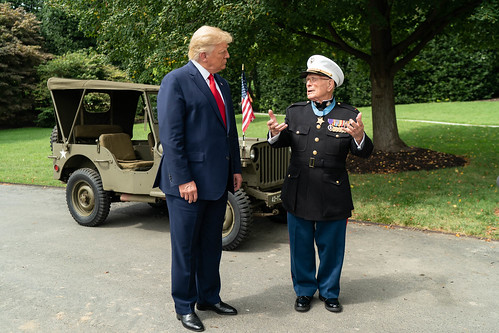 Yesterday, Biden made a point of dismissing economic gains made under President Trump’s administration. Washington Examiner confirms that the radical left is now deeming the nation’s economic recovery as “K-shaped.”

The Truth About the Return of the U.S. Economy

In recent weeks, jobless claims have decreased across the nation. On Thursday, Americans even learned that unemployment claims reached lower levels than expected during the final week of August.
When observing decreases in unemployment claims, the numbers are seen to align with phased reopenings. As more Americans get back to work, there is less of a need for unemployment aid. Nonetheless, this is not the story that Biden’s selling to the American people.

While the Great American Comeback is underway under President Trump, Biden’s agenda would bring the economy to a grinding halt.
pic.twitter.com/pr77wRlxBT

On Friday, the former vice president falsely alleged that only wealthy Americans are reaping the benefits from the return of the economy. Describing the returning economy as “K-shaped,” Biden compared the situations of remote workers to workers in more essential positions.
In doing so, he made the case that frontline workers are dealing with greater financial hits than remote workers; however, the former vice president also declined to mention that the return of the retail and restaurant industries has allowed millions of Americans to get back to work.

The Politicization of the U.S. Economy

In light of the ongoing 2020 presidential election, the nation’s economy continues to be heavily politicized.
Democrats are eager to convince the nation’s voters that the economy cannot thrive under a Trump presidency. By feeding this narrative to Americans, the left has an easier time of selling Biden as the solution, rather than acknowledging documented gains under President Trump.

During yesterday’s White House press conference, the president spoke in great detail about the return of the American economy. As lockdowns are lifted and as more Americans are given the green light to get back to work, unemployment claims can be expected to keep falling.
What do you think about the return of the economy under President Trump? Are economic gains truly “K-shaped” as Joe Biden claims? Let us know your opinions in the comments section below!