Democrat governors continue to advance their shelter-in-place orders despite the horrifying consequences for millions of Americans. As people lose their careers, livelihoods, and businesses, left-wing governors and mayors are more obsessed with their personal power trips. 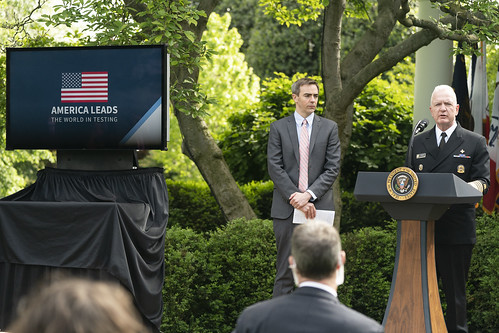 As time goes on, Americans across the nation are beginning to rise up and say that enough is enough. Demonstrations against safer-at-home directives are happening nearly every day; meanwhile, some sheriffs in blue states have indicated that they will not enforce the orders of Democrat governors.
Earlier this week, Pennsylvania Governor Tom Wolf went on a Twitter tirade against state residents criticizing his senseless lockdown. This tirade has since earned the governor censure from first son Donald Trump Jr. via a Breitbart News opinion piece.

Don Jr. made a series of excellent pointers about the failure of Democrats’ leadership across America.
The president’s eldest son firstly noted that in spite of left-wing governors’ austere orders for residents to stay home, 80% of the ten states with the greatest COVID-19 infection and death rates are run by Democrats. This data contradicts the false narrative that endlessly staying home is saving lives.

Why is he demanding “consequences” for Pennsylvanians who dare defy his draconian orders?

BOTH must be stopped

Shortly thereafter, Don Jr. censured the “long, flailing Twitter rant” of Pennsylvania Governor Tom Wolf. The first son also questioned why Wolf is threatening “consequences” for state residents who are simply trying to support themselves, feed their families, and not lose everything.
Additional censure of the Pennsylvania governor regarded his mismanagement of the state’s nursing homes and elderly residents. Thus far, Gov. Wolf has yet to answer for his behavior, orders, or troubling reactions to dissenting Pennsylvanians.
What do you think about Donald Trump Jr.’s criticism of Pennsylvania Governor Tom Wolf? Should Gov. Wolf have to answer for threatening his state’s residents with “consequences” for their attempts to survive? Sound off in the comments section below!